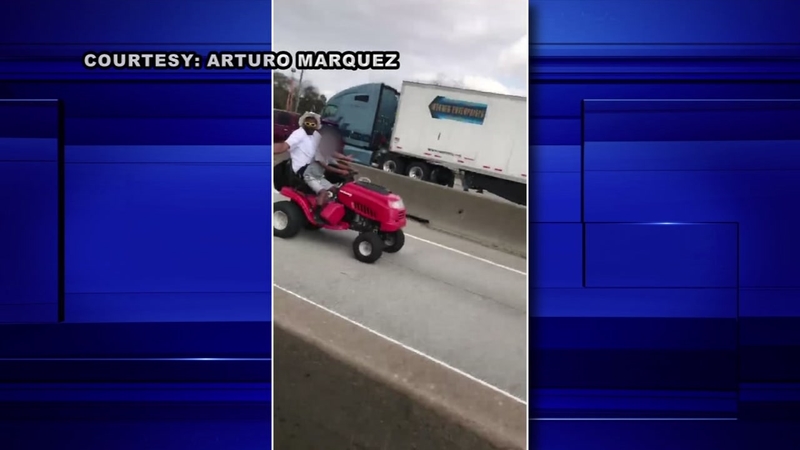 Man accused of putting child in danger on riding lawnmower

HOUSTON (KTRK) -- A Houston man is facing a felony charge after he allegedly tied his child to him with a dog leash, and went for a potentially dangerous ride Sunday.

Keith Anderson, 42, is charged with endangering a child. According to court documents, Anderson took put his five-year-old son on his lap when riding on a lawnmower on a public street. Police say they arrested Anderson while he was driving the lawnmower down the HOV lane of the North Freeway, roughly two miles from his home.

At an address listed for Anderson, ABC13 found a woman who identified herself as the 5-year-old's mother. She said she was not home when this happened and didn't want to comment further. She did confirm a red lawnmower at the side of the home was the one Anderson is accused of riding on I-45.

Neighbors like Issac Jefferson, who lives across the street, were in disbelief.

"It's amazing because I thought he was a good guy, all the way," Jefferson said.

Jefferson said he's seen the Anderson family use go-carts on their property but not as transportation.

"I've never seen them on the street with it though. Not at all," he said.

Court documents show, at the time of the arrest, Anderson was out on bond for charges of assaulting a family member and making a terroristic threat.