Is the Word 'Mormon' Really Trademarked? 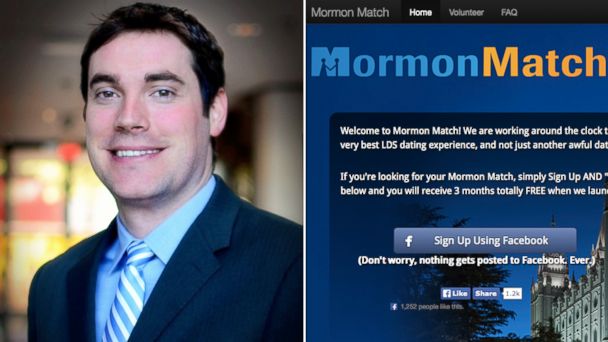 -- Chapstick, Kleenex, Bubble Wrap and Onesies are all words that have been trademarked. Can the Mormon Church trademark the term "Mormon"? A legal dispute with a small business asks that question.

Jonathan Eller, 31, a single father in Spring, Texas, near Houston, said that he had tried several Mormon-themed dating sites, "but the websites weren't always staying true to Mormon values and it was hard to find the right match," a court affidavit states. The family history of Eller and his co-founder goes back to the Mormon pilgrims.

In July 2013, Eller launched his company Mormon Match through the site DateaMormon.com, which featured a photo that the firm licensed showing the Salt Lake City Temple. He filed a trademark application for the design, shape and colors of his logo to prevent other sites from copying it.

Eller said the church's intellectual property arm, Intellectual Reserve Inc. (IRI), argued that the term "Mormon" was trademarked and complained about the temple photograph. The IRI contacted Mormon Match's Web hosting company and tried to get the site shut down, Eller said in court papers.

The site claims those actions forced it to seek protection in U.S. District Court in Houston in early April to save the business, according to the company statement. In turn, IRI sued Eller and his company, claiming they are infringing and unfairly competing with IRI and the church, according to legal response and counterclaims filed in late April.

"Jon and Mormon Match have every right to communicate that their services are for Mormons and continue to hold out hope that the parties can resolve these issues and that Mormon Match can establish and grow its business," a statement from Mormon Match said.

Eric Hawkins, a spokesman for the Church of Jesus Christ of Latter-day Saints, said in a statement that he wanted to make clear that the church did not initiate the lawsuit. Instead, he said the church objected to a trademark application and were sued.

"We have made repeated attempts to resolve the issue without litigation, as we have in many comparable disputes over the years, including similar trademark applications. The objection of the church is that a for-profit business is trying to deceptively capitalize on the church's name and image to promote a product that has no affiliation with the church. By attempting to trademark the name, the group seeks to claim exclusive rights to use a term that is clearly associated with the church," Hawkins said.

The nonprofit group Electronic Frontier Foundation (EFF) filed an amicus brief on Friday in support of Mormon Match. Corynne McSherry, intellectual property director at EFF, told ABC News she hopes the judge will dismiss the lawsuit, though a hearing is scheduled for September.

"The Mormon church is claiming rights for 'Mormon' to describe a Mormon," McSherry said. "I don't think the Vatican can trademark 'Catholic.' The Vatican or any other entity can get it trademarked as part of a phrase."

She points to the fact that Mormon Tabernacle Choir is trademarked, for example, because it's a "distinct entity."

Leigh Ann Lindquist, a trademark attorney who is not involved in this dispute, said because the Christian, Jewish and Muslim religions have been around for a very long time, no one group can claim to have exclusive rights to those words. The Church of Jesus Christ of Latter-day Saints and Scientology religions, however, have modern origins, she said. For example, "Scientologist" is registered at the U.S. Patent and Trademark office. There are Mormon trademarks that are registered at the U.S. trademark office that are not in the name of the Church of Jesus Christ of Latter-day Saints, such as "Mormon in Manhattan" and "Mormon Savings."

McSherry questions what Mormon Match could call itself and its website as an alternative.

"They bring Mormon people together," McSherry said. "What else are they supposed to say? People who are related to Church of Latter-day Saints?"