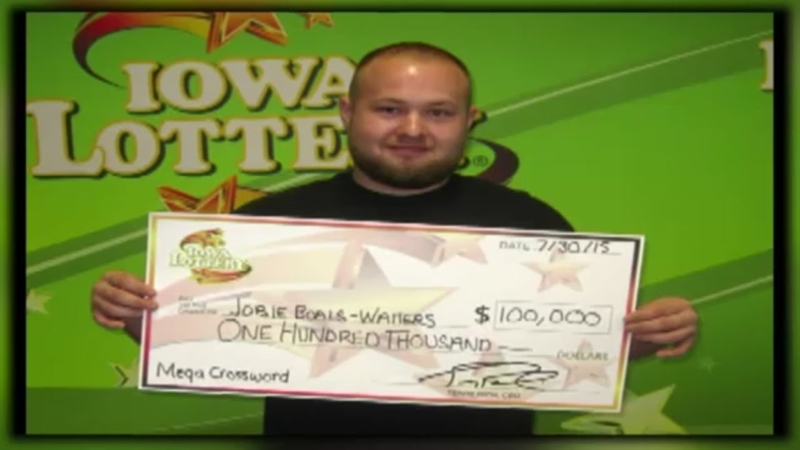 Jobie Boals-Watters is 20, one year too young to play the lottery in Iowa. He told officials in late July that a co-worker bought him the lottery ticket that yielded the six-figure winnings.

"There wasn't anything wrong on the face of it, from that situation, so long as the facts back up what occurred. In this case, in fact, the facts didn't back up the story that we were presented with, so penalties would apply," Iowa lottery spokeswoman Mary Neubauer told WOI-DT in Ames, Iowa.

Officials say they think Boals-Watters led the store clerk to believe he was 21.

"We got a tip that in fact, people didn't think that was the case, and determined through our investigation, that he purchased the ticket, which made it an illegal purchase," Neubauer said.

"It's a violation of Iowa's criminal statute," Neubauer said. "The law is in place for a reason. We need to make sure that the law is enforced. And the good news is that this doesn't happen very often."

That explanation wasn't good enough for the lotto, which is now trying to ban the store from selling any tickets for an entire week. Singh says he gets a good chunk of his business from lottery sales so he plans to appeal that decision.
Related topics:
houstoniowau.s. & worldlottery
Copyright © 2021 KTRK-TV. All Rights Reserved.
More Videos
From CNN Newsource affiliates
TOP STORIES