KTRK
HOUSTON (KTRK) -- The Houston SPCA and Montgomery County authorities were back at the Calico Dairy in Conroe Thursday to round up horses they believe to be in the worst shape after authorities seized 200 horses yesterday. 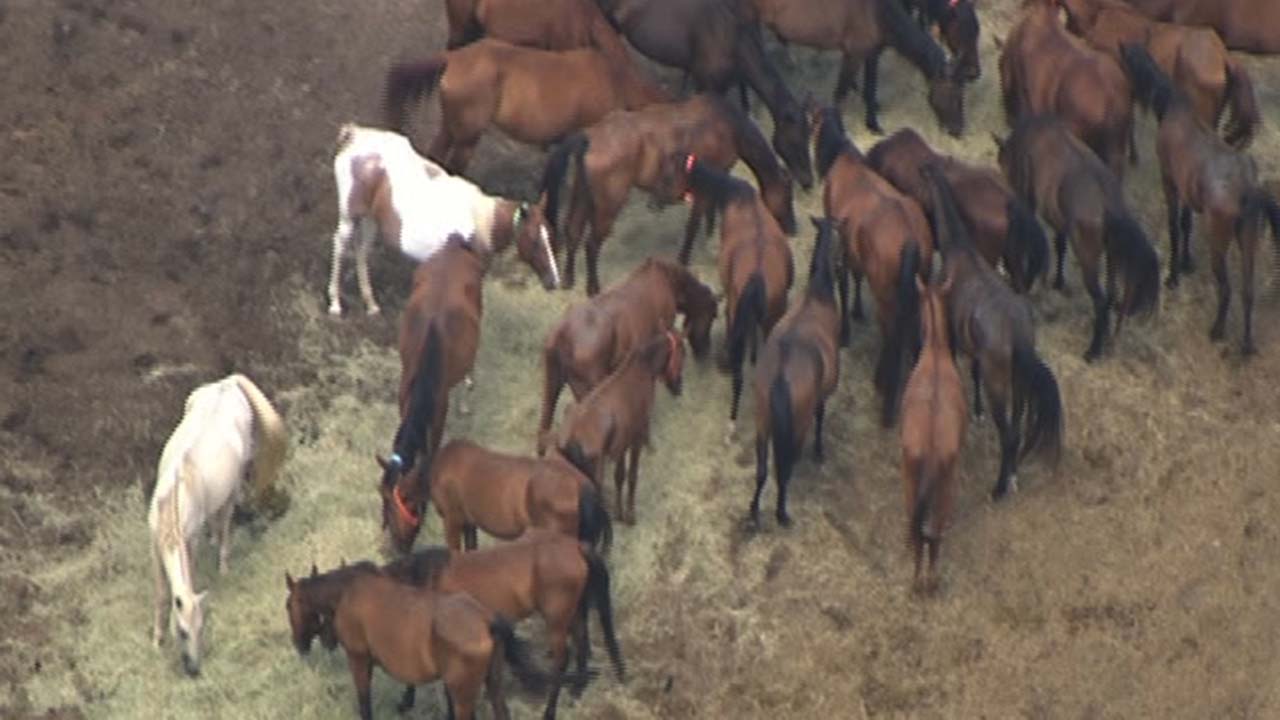 Husband-and-wife farm owners Herman and Kathleen Hoffman are each charged with three counts of animal cruelty. They were arrested late last night and bonded out jail today. However, even though they bonded out of jail, they are not permitted back on the property. Officers will be at the farm around-the-clock to make sure they don't try to take any of the horses or tamper with evidence.

Houston SPCA on the scene today removed horses in the worst condition and fed the rest mounds of hay. The horses Eyewitness News saw fed for hours.

Houston SPCA says they hope this will be the start of a new life for these animals.

Horses are starved to death in some cases. Flies swarmed around some of the animals' open wounds. President of the Houston SPCA Patricia Mercer told Eyewitness News, "When you get to a point when you don't have any muscle mass left, it's really hard to stand."

"We have over 200 horses and we are going to be doing blood work, diagnostics on these horses, farrier work," Mercer continued. "Horses should have their feet trimmed every six weeks. Many of these horses it's likely that they've never had their feet trimmed. They're in very bad condition."

Montgomery County Attorney JD Lambright said, "There is evidence of bones on the acreage out here, but just from that alone, that really don't tell you anything, so that investigation will be ongoing."

Lambright said earlier in the day, "The logistics - just, you can imagine the nightmare involved of getting this many horses in this condition off the premises and getting them some place for care...(they) will be taken to a medical care at the (Houston SPCA) facility."

"We have a huge job ahead of us," she continued. "It's unusual to do a seizure on site, but because of the sheer number of horses involved, we've elected to take the most critical horses back to the Houston SPCA -- all of these horses need care, all of these horses are in need of veterinary care and so we'll be providing care on site here...but we'll be taking about two dozen of them."

Asked what she's seeing at the farm, Mercer said, "(The horses are) in varying stages of neglect. Horses are very expensive to care for. We see a lot of hoof issues with these animals. Certainly some emaciation, poor nutrition issues and it's really hard to pinpoint at this point. We're doing cursory examinations....We have horses with a lot of health issues."

Mercer added, "We're hoping today is the day life changes for them."

Mercer said she hopes Houston will step up to help with the care of these animals.