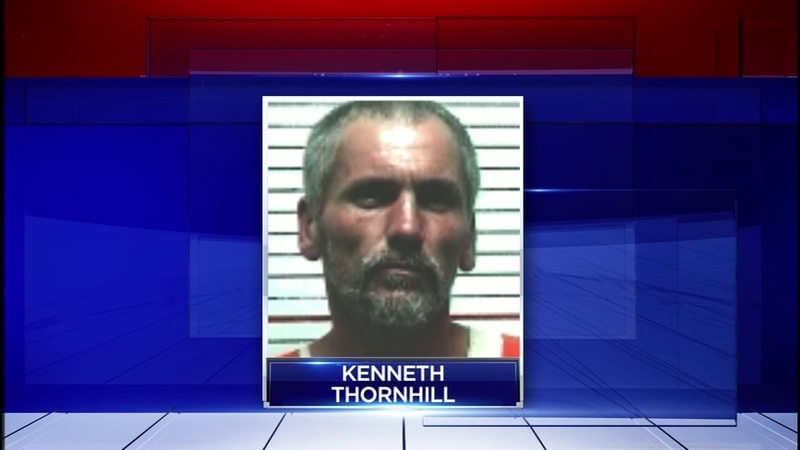 DAYTON, TX (KTRK) -- A defendant in a drug possession case has been found dead in a cell at the Liberty County Courthouse.

Kenneth Ray Thornhill, 48, was on trial for possession and distribution of narcotics and had just been convicted.

The jury recessed and everyone was scheduled to return for the sentencing. Sheriff's deputies say they took Thornhill to a holding cell adjacent to the courtroom.

About 45 minutes later, he was found dead in his cell. He had hung himself with his own shirt.

The judge polled jurors, prosecutors and attorneys and the sheriff's department says no one noticed any unusual behavior.

Captain Ken DeFoor with the Liberty County Sheriff's Department says, "I'm a retired captain with the Houston Police Department and in the Harris County courtrooms over the past many years there's been inmates once they are found guilty they've tried to jump out of windows, run into the hallway, so it's fairly common, but to commit suicide after this is rather rare."

The sheriff's department says jail standards require checks every hour. They had returned within 45 minutes when they made the discovery.

Thornhill was facing up to fifteen years in prison at sentencing. He had a previous conviction on the very same charge in Harris County.