KTRK
CHICAGO, Illinois (KTRK) -- An Illinois church with a history of civil rights activism is now at the center of controversy.

The Apostolic Church of God took away the membership of a parishioner after she married her female partner.

A group of LGBT activists gathered outside the church Sunday in support of the longtime church member.

The woman, who asked to be anonymous, told WBBM that she felt hurt after she said "Pastor Byron Brazier publicly shamed me and humiliated me during last Sunday's sermon."

"A prominent member of this church married a woman of the same sex," Brazier said in the service.

The sermon was posted on Facebook and later removed.

"I spoke to her earlier, late last week, and explained the church's position on gay marriage, which she knew. She understood, and she accepted that she could no longer be a member of the Apostolic Church of God," Brazier said.

Maxwell Brown, who is the Chic Chic's Social president, said they felt it was embarrassing to the member.

"This cannot be tolerated. You cannot discriminate against everyone. God loves everyone. Love is love," Brown said.

The church was founded in Chicago 85 years ago. It currently has about 20,000 members.

Barack Obama delivered a key speech there during his 2008 presidential campaign.

Brazier told the congregation that the woman is welcome to visit the church, even though she will no longer be a member. And the woman's response was "No, thanks." Biden sworn in with family Bible during inauguration

Woman whose husband held vigil outside hospital dies of virus 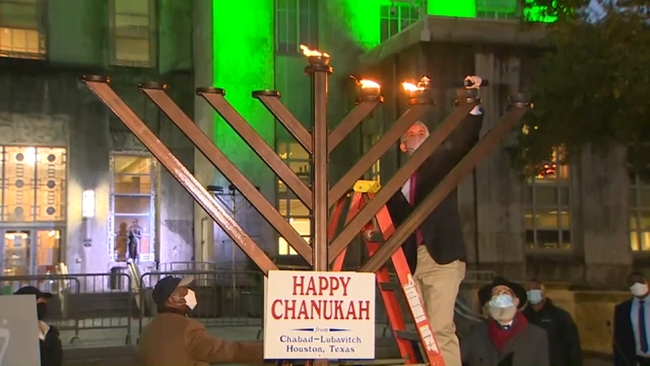