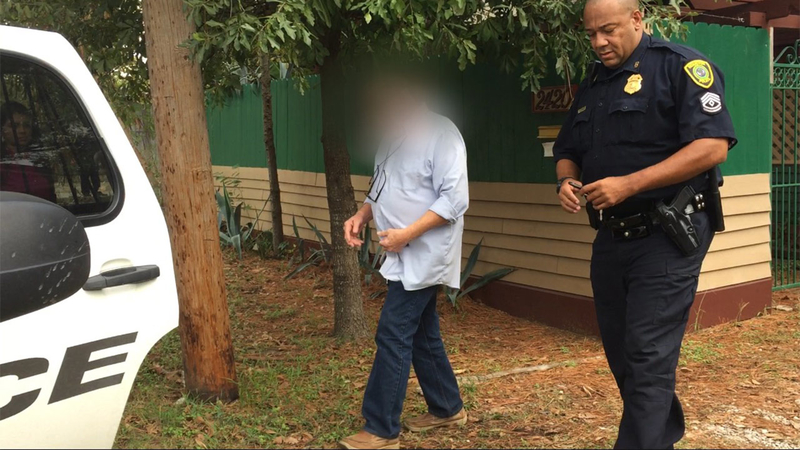 HOUSTON (KTRK) -- Officers were called by the homeowner at about 10:30 this morning. He lives in the 2400 block of Sumpter in the Fifth Ward. He told police he feared for his life when he shot someone breaking into his home.

Houston Police Homicide investigator Willis Huff says the 66-year-old just returned from a trip out of town and he noticed tools and equipment missing from a shed in his backyard. As the homeowner was taking inventory he saw a ladder inside his yard against the fence.

Police say he heard a noise on the other side of the fence and went to investigate. That's when, Huff says, the homeowner claims a man popped up above the fence line from the other side.

"As big as a bear, he describes him. He lunged at him and that's when he (the homeowner) discharged his weapon," said Huff.

Upon arrival police found the man, shot in the head, on the street side of the fence. The home is surrounded by razor wire, no trespassing signs and surveillance cameras. Police will be looking at any video to see if that can help them determine what happened.

The homeowner, in his mid-60s, did not respond to us as he was taken from the scene to police headquarters for questioning.

Police have not yet released the suspect's identity but they do tell us he is in critical condition at Ben Taub Hospital.