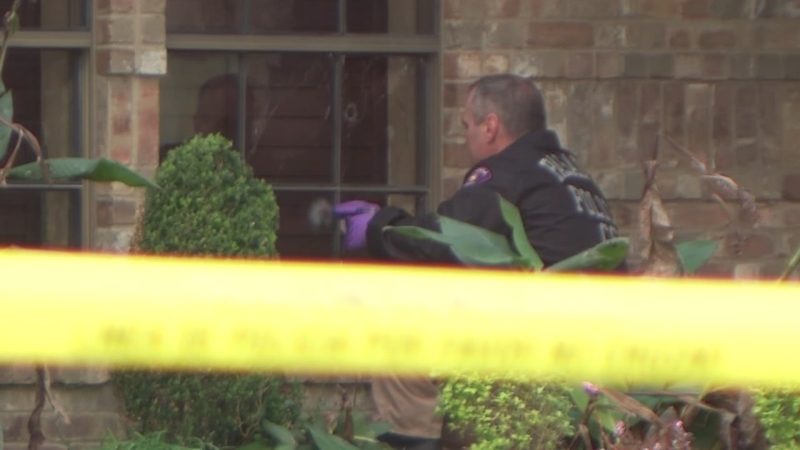 PASADENA, TX (KTRK) -- A man was shot several times when investigators say he tried to break into a Pasadena home in the 3700 block of Lily street around 6:30 Tuesday morning.

"It's just amazing that people do what they do and expect nothing to happen to them," Robert Lambert said, who lives a few houses down the street.

Police say the intruder tried to break a front window seven or eight times and the mom and son inside heard him. A family member tells ABC-13 the son shot the intruder once and the mom fired several shots.

"Let's just put it this way: it's not an event that I would want to personally experience. It's very, very traumatic," said Vance Mitchell with Pasadena Police.

The man was hit twice in the backside and once in the face.

Next door, Annie Harris woke up hearing the shots.

"They (mom and son) did what they had to do so he couldn't come to our house to try and hurt us," Harris said.

Security cameras at the house recorded video of the suspect. The family says they didn't recognize him, though police say he's from the area.

The man was flown to the hospital. No word on how he's doing or what charges may be filed.