Houston ISD teacher under fire for anti-Muslim tweets: 'I'm not backing down' 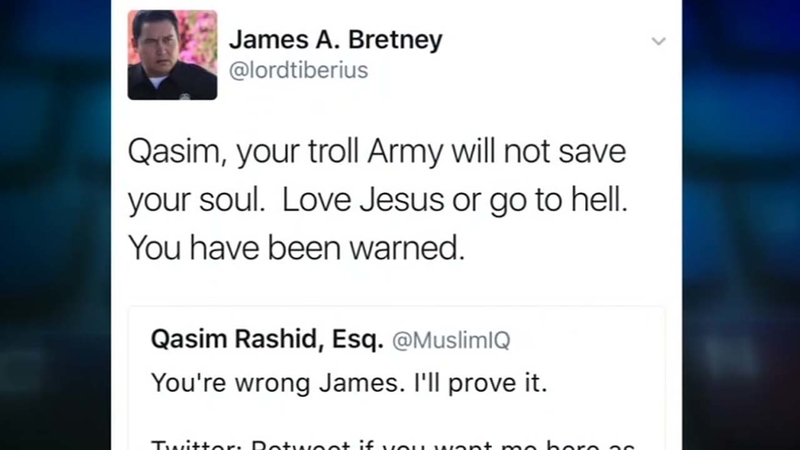 HOUSTON (KTRK) -- The Council on American-Islamic Relations wants the Houston Independent School District to investigate a series of controversial tweets.

Carroll said the messages read, "Love Jesus or go to hell. You have been warned." He said another read, "Embrace Islam and you embrace death." Carroll said others showed graphic pictures of injured children.

"The reason we are concerned is because he's a teacher. If he wasn't a teacher, this conversation probably wouldn't be taking place," said Carroll.

ABC13 caught up with James A. Bretney. His said his handle (@lordtiberius) has been suspended for violating the social media website's rules. Bretney said he stands behind his tough words on the religion Islam.

Bretney said he is a free American who is just speaking his mind. He said he will not be back down from a fight with CAIR.

"This is the problem. We are in a spiritual conflict with Islam," said Bretney. "We are in a clash of civilizations with Islam."

Bretney would not answer questions about his employment.

He told Eyewitness News specifically, "I will not acknowledge my employment."

The school's website also lists him in the directory.