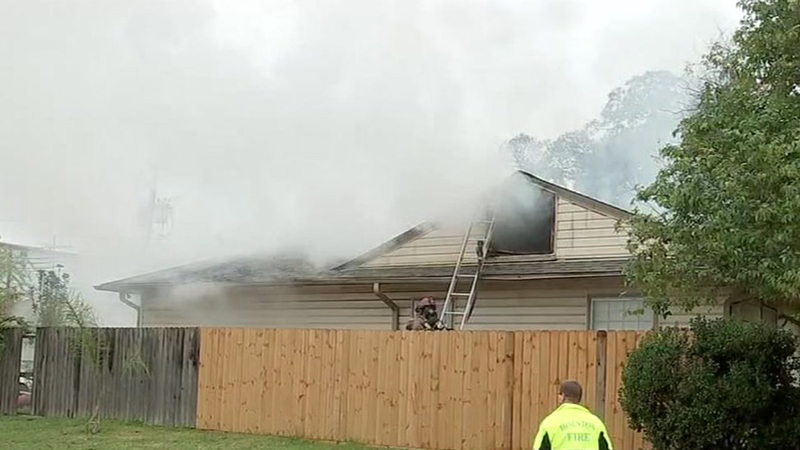 HOUSTON (KTRK) -- Hazmat scenes spent the afternoon at a Garden Oaks area home after Houston firefighters put a fire out.

When crews arrived at the 31st Street home there was heavy fire coming from the rear of the residence and it had made its way back to the attic.

The fire was being fed by a gas meter in the back of the home. Firefighters say a pipe had been sheared off and that was where the source of the fire was coming from.

Investigators talked with the homeowner who told them what happened.

HFD Deputy Chief Blake White said, "The homeowner appears to be at fault. He and another gentleman were working in the back and going to put another gas line in and they were trying to turn off the valve and they sheared the valve off."

No one was hurt but the street was closed off as crews worked the scene.