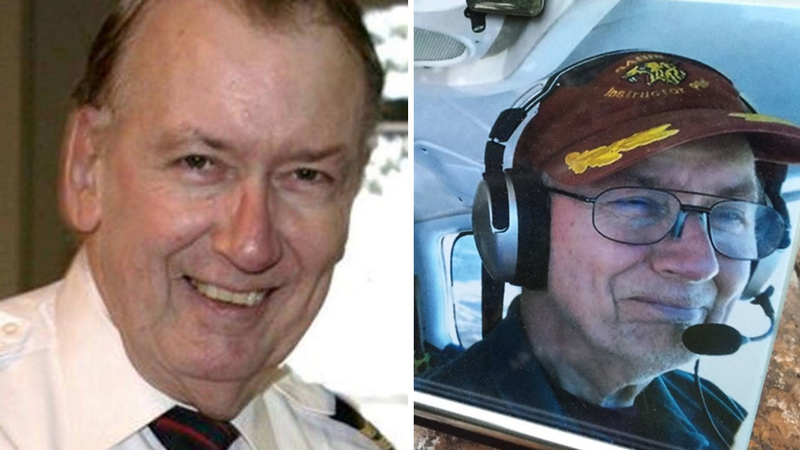 ARCOLA, TX (KTRK) -- Eyewitness News has learned more about the longtime pilot who was killed and his student who was critically injured in a fiery plane crash in Arcola.

It happened Monday morning at the Houston Southwest airport. Investigators say flight instructor, Johnny Michael Johnson, 68, and student, Nezabian Thomas, 20, had just taken off in a Tecnam P92 Echo Super when they suddenly lost altitude. The plane clipped one plane on the ground then landed on top of another as it burst into flames just outside a hangar at the airport. Both men are from Houston.

"We didn't know what to do," said eyewitness Marcus Luycx. He was doing construction at the airport, a few hundred yards away and says he saw someone stumble from the wreckage.

"It was crazy. I've never been that close to anything like that," he said.

You could see only burning fuselage of the plane when emergency crews arrived and smoke from far away.

The NTSB and FAA are investigating what caused the crash.

DPS Trooper Erik Burse explains the events involved in a fiery plane crash that killed one.

Johnson worked for Houston Lightsport Aviation. DPS Trooper Erik Burse says he was at the controls when the crash happened. While he'd been with the company about a month, he had thousands of hours of flight time. His wife, Benjie Sanderson, tells Eyewitness News he had been a pilot for more than 30 years and volunteered for the Civil Airport Patrol and Coast Guard Auxiliary.

"He was obsessive about the plane, about flying. He wanted to fly all the time," said Sanderson. "He was a very, very safe pilot."

It was Thomas' fifth time in the air. According to Burse, he was burned badly and rushed by medical helicopter to Memorial Hermann Hospital in critical condition.

"I feel horrible for that family. That has got to be horrendous for them. I hope that young man makes it," added Sanderson.