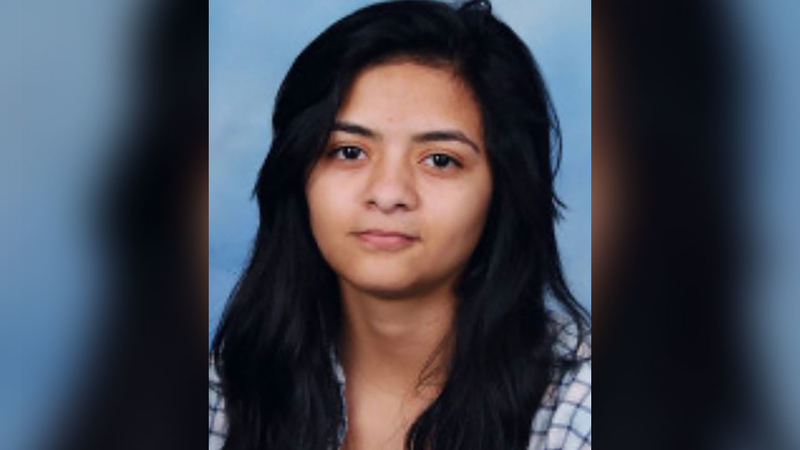 Police are following up on every tip.

It's been six days since Macias was last seen and her family is getting worried.

Her brother has a message for Vanessa.

"I would say that I love her a lot and if she could please come home," said Bacilio Macias, Jr., Vanessa's brother.

It was after school was let out. Vanessa's family told 13 Eyewitness News that she had some sort of argument with one of her teachers. The district could not confirm that.

On Saturday, volunteers searched the area around the school for Vanessa.

EquuSearch said it was about to call off the search but then they received a lead.

Two businesses, a restaurant and a Chevron all captured surveillance video of Vanessa walking by on Tuesday just before 11 p.m., about eight hours after she left school.

In the Chevron video you see Vanessa walking behind the store at 10:43 p.m., just before the store closed. Sam Moosani was working at the store at the time.

"One customer came in and he told me there was a girl sitting next to the garbage can and I closed the store and the girl was gone," said Sam Moosani, a clerk at the Chevron.

Then just 11 minutes after the Chevron captured the video of Vanessa, a restaurant, El Toro, also had surveillance video of her walking by.

"In the video of El Toro I see her just walking straight and then fading away in the shadows," said Bacilio Maricas, Jr.

Robert E. Lee High School released a statement to faculty, staff and students:
As you have likely heard, there is a Lee student, Vanessa Macias, who has been reported missing. Over the weekend, dozens of volunteers searched for Vanessa and, as of this time. We have no answers. There have been various reports of sightings of Vanessa on videos around town, but there are no concrete answers.
It is imperative that if you have knowledge of Vanessa's whereabouts or information that could help her be found, that you alert the appropriate authorities immediately.
As the search for Vanessa continues, we ask that you send Vanessa and her family positive thoughts, and keep her in your thoughts and prayers.