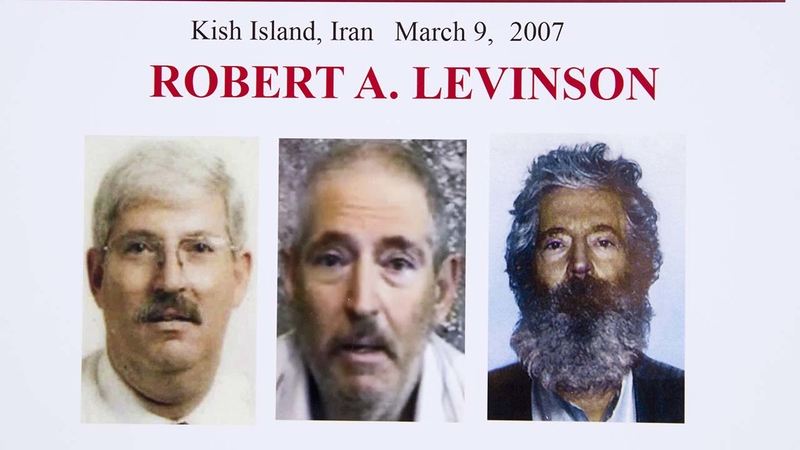 The family of a former FBI agent who went missing in Iran a decade ago on an unauthorized CIA assignment has filed a lawsuit against the Islamic Republic, accusing it of using "cold, cynical and false denials" to torture his loved ones.

The lawsuit by Robert Levinson's family in U.S. federal court comes years after the last hostage photos and video of the 69-year-old investigator surfaced in emails they say were sent by Iran so the country "would not be held responsible for his ultimate fate." The lawsuit also describes in detail offers by Iran to "arrange" for his release in exchange for a series of concessions, including the return of a Revolutionary Guard general who defected to the West.

"Iran has, for many years, established a pattern of seizing and holding hostages in order to extract concessions from the hostage's home country," the lawsuit filed Tuesday in Washington reads. "That Robert Levinson's seizure is a part of that pattern is reflected in Iran's multiple attempts to use Robert Levinson's imprisonment to extort concessions from the United States."

Iran's mission at the United Nations did not respond to a request for comment Sunday, amid Iran's long celebration of the annual Nowruz holiday that marks the Persian New Year and the arrival of spring. Iranian media previously carried international reports on the lawsuit, without elaborating.

Levinson disappeared from Iran's Kish Island on March 9, 2007. For years, U.S. officials would only say that Levinson, a meticulous FBI investigator credited with busting Russian and Italian mobsters, was working for a private firm on his trip.

In December 2013, The Associated Press revealed Levinson, in fact, had been on a mission for CIA analysts who had no authority to run spy operations. Levinson's family had received a $2.5 million annuity from the CIA in order to stop a lawsuit revealing details of his work, while the agency forced out three veteran analysts and disciplined seven others.

The lawsuit said emails to Levinson's family and friends began in August 2007, though the only photos and video of Levinson emerged in 2010 and 2011. The video message included a demand for $3 million and the release of "certain named individuals," the lawsuit said.

Iranian authorities also used a meeting with an American religious organization to ask for the release of a report on its nuclear program to be delayed in exchange for Levinson, the lawsuit said. At another time, Iran asked for the exchange of the defecting general, while Levinson remained held all the while, it said.