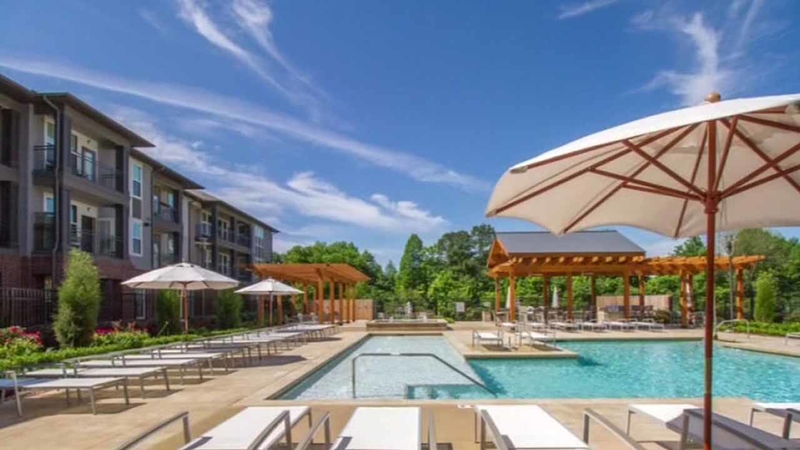 HARRIS COUNTY (KTRK) -- The fight is on to stop a low-income apartment complex from going up in unincorporated northeast Harris County.

A Fort Worth developer wants to build the 120 unit complex just outside the Fall Creek community, at the corner of North Sam Houston Parkway and Fall Creek Preserve Lane. But people who live there are not happy.

The developer says all but 10 of the apartments would be for tenants who make 60-percent of the median area income or less.

On one hand, several people I've spoken with say they get the need for more affordable housing. But on the other hand, they say this is not the place for it.

He is one of many people who live here who worry that Fall Creek Elementary would see more overcrowding. Some worry about property values going down and are considering selling their homes. Sileo believes the location at the corner of Beltway and Fall Creek Preserve Lane could be put to better use.

"The neighborhood would be foregoing the possibility of some other development that would bring higher value to the neighborhood," he said.

We've spoken with several residents who also fear that crime would go up. The developer, Ojala Holdings, says "The Standard on the Creek will employ a thorough screening process that verifies both employment and criminal history of all prospective residents, ensuring a quality living environment."

We asked a spokesperson why this particular location. The response: "We like this area because of the shortage of quality housing as well as the access to a diverse employment base."

"When you think of the checker at your favorite grocery store, your bus driver, maybe your favorite waitress. These are the people that are falling into those categories," said Timika Simmons with the Harris County Housing Authority.

This is not a HCHA property, but Simmons says the big picture is that there's a need for more like it in the Greater Houston area. The concern over a rise in crime, she says, is a common misconception.

"I will not say that it does not happen in some places. It does, and we're not ignorant to that," she added.

Residents have started writing to local and state elected officials to put a stop to this complex. But they understand the need won't go away.

"There are plenty of locations where this subsidized more affordable housing would make sense, even in the Humble school district," said Sileo.

The developer says there's no timetable on construction at this point.