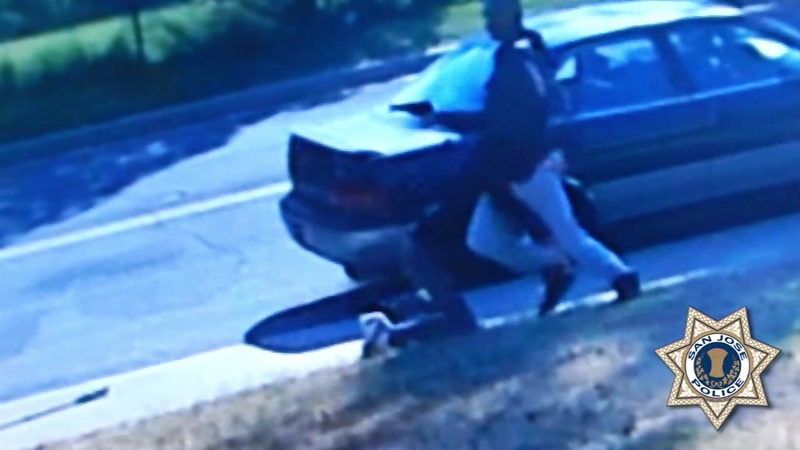 Disabled man knocked down and robbed

SAN JOSE, CA (KTRK) -- Police in California are searching for an armed man involved in a brutal scheme to rob people of their electronic devices.

The San Jose Police Department released video of the crime in progress.

A man is seen on video running down another man with his bike. The man on the bike then circles around, acting like it was an accident, and helps the man to his feet. However, the victim -- who is disabled and unable to speak -- pulled out his cell phone to communicate with the man, but the other man takes his phone. When the victim is seen trying to pull the phone from the robber, the robber kicked the victim, knocking him to the ground. The robber then flees.

The robbery happened in the 2600 block of Tuers Road in San Jose.

The suspect is described as 20 to 22 years old with a thin build. He wore a dark beanie cap, a dark shirt, gray sweatpants, and dark colored shoes. He rode a red mountain bike.