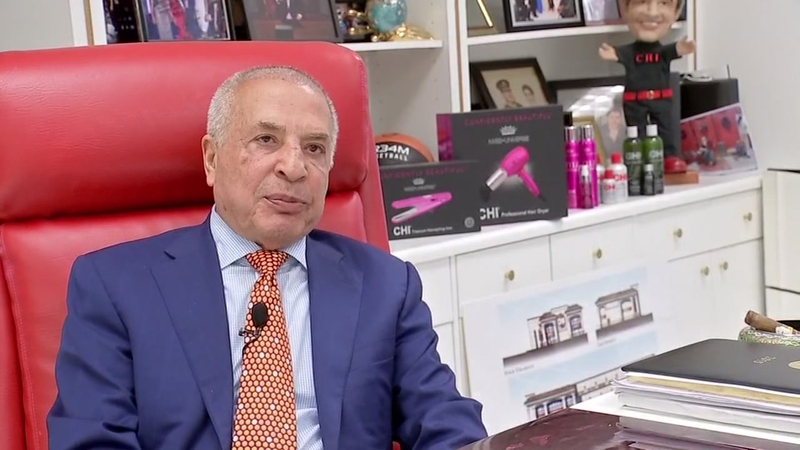 HOUSTON (KTRK) -- Republican presidential candidate Donald Trump's comments that Muslims should be banned from entering the United States have caused a lot of outrage, and now they could hurt his business dealings, not to mention his run for the White House.

The company Shami founded, Farouk Systems, is known for the popular hair products, the CHI and BioSilk.

Despite a years-long business relationship, Farouk Systems withdrew sponsorship of Trump's Miss Universe Pageants, and Celebrity Apprentice over the summer due to Trump's criticism of Hispanics. Shami says above all, Donald Trump is a master of self-promotion and that Trump believes any publicity is good publicity. Shami talked with Eyewitness News about why he parted ways with Trump.

Shami also provided insight as to what he really believes is behind those controversial comments.

"We have to remember, this is a campaign. I don't think Mr. Trump means it. He knows he's wrong. He's a smart businessman. He would not be attacking, he's just making a name. Don't take it seriously and don't bash the man," said Shami.
Related topics:
houston
Copyright © 2021 KTRK-TV. All Rights Reserved.
More Videos
From CNN Newsource affiliates
TOP STORIES