KTRK
CONROE, TX (KTRK) -- An investigation is underway after a man suspected in a massive horse cruelty case has a run-in with a whistleblower in the case.

In a frantic 911 call, you can hear JJ Hill scared and crying for help.

"I thought he was going to shoot us. I've got my babies in the car," said Hill. "He blocked the whole road of League Line and was screaming. I didn't know if he was going to pull his gun or not. He was just waving his hands."

Hill has been a longtime whistleblower and lives near the Calico Diary farm, where Montgomery County investigators seized more than 200 horses on allegation of cruelty. The horses owner, Herman Hoffman, and his wife were arrested on cruelty charges last month. Hoffman bonded out of jail on June 25, the same day Hill made the 911 call.

Hill said just after 10pm on June 25, she was talking with her friend in a church parking lot near Hoffman's ranch when she saw Hoffman coming toward her in his truck.

"We were talking, and she looked up and said some choice words about 'Oh gosh I think that's Mr. Hoffman,' and I said 'Yup, you need to go,'" said Hill's friend Rhiana.

Hill said she got in her truck and sped off, only to find Hoffman backing out of the church driveway and blocking all lanes of traffic on League Line Road.

"I just gassed it. I seen his hands doing all this, and in my mind I was just thinking of my kids. Let's just get out of here," said Hill.

Hoffman did not follow Hill, and according to Hill, did not display a weapon at her. According to the 911 call log, the responding officer noted that night, Hill may have "misinterpreted" Hoffman's actions.

"There's no misinterpreting that. He knows who I am. He knows I've been a voice for these horses. He knew my truck," said Hill.

A prosecutor with the Montgomery County DA's office told Eyewitness News he's aware of the incident and says it's under investigation. 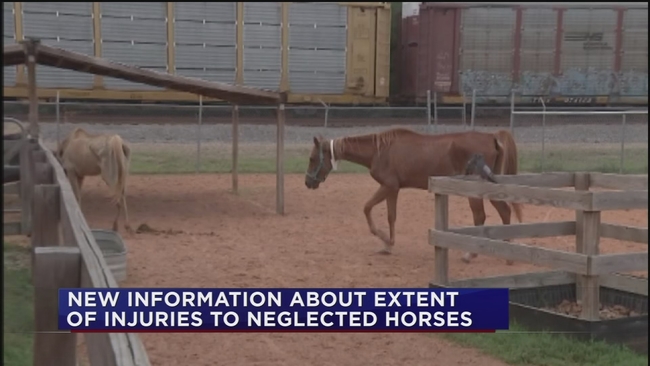 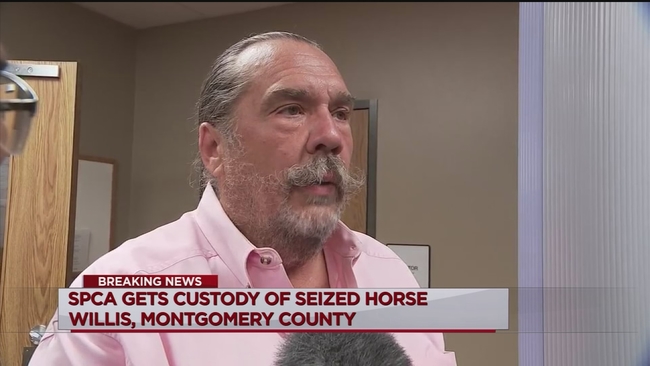 SPCA gets custody of horses seized from Conroe farm 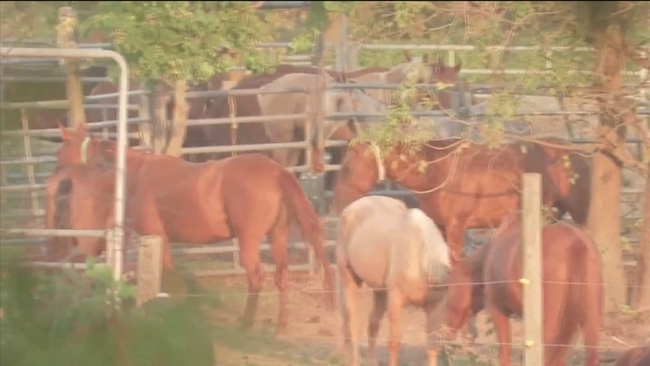