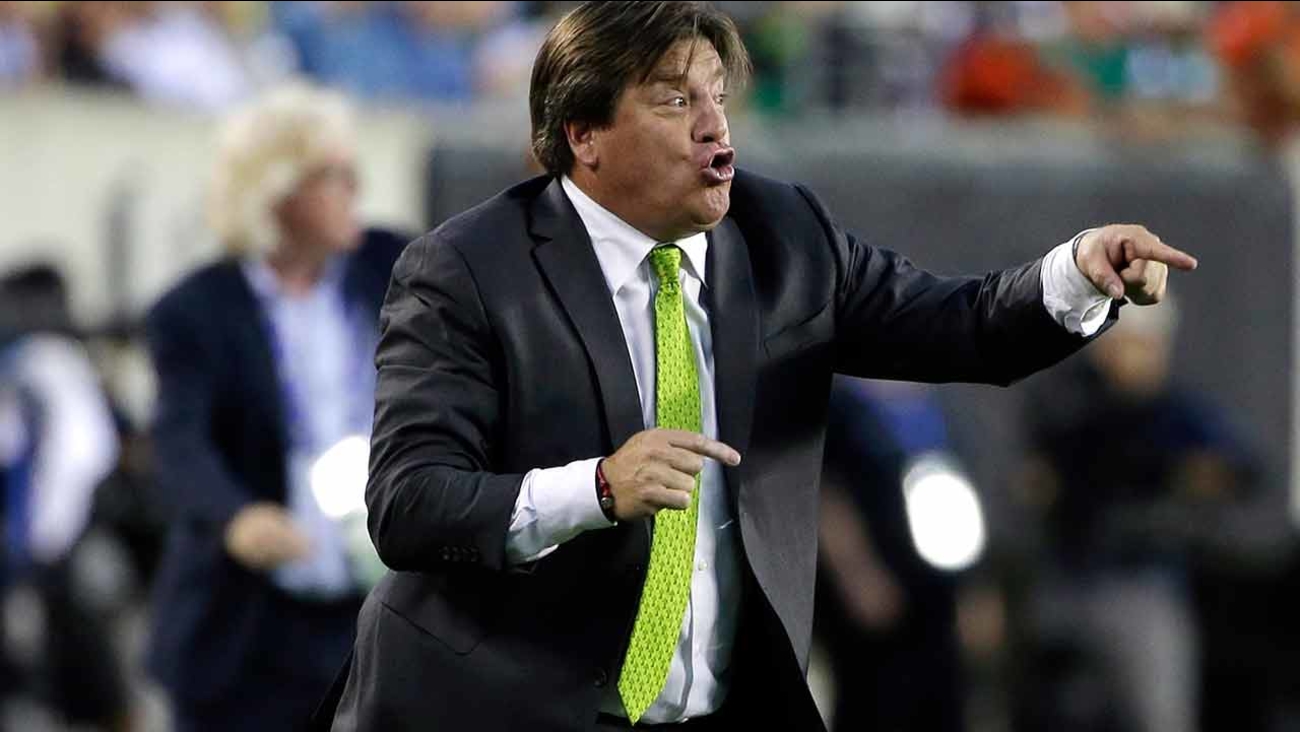 Decio de Maria, who on Saturday became president of the Mexican Soccer Federation, said the incident was not in keeping with "the spirit of fair and respectful competition" that the organization espouses.

"Our values, our principles, are above any result," de Maria said at an afternoon news conference. "In our profession, our industry, the matches are never over, and as public figures who represent an institution we must be absolutely clear on that."

The incident involving Herrera and Television Azteca's Christian Martinoli took place Monday at the Philadelphia airport as the team prepared to return to Mexico following its 3-1 victory over Jamaica in the Concacaf Gold Cup championship match.

Martinoli accused Herrera of hitting him in the neck and then threatening him.

The journalist has been a tough critic of Herrera, as have many Mexican fans and pundits disappointed with the team's performance.

Mexico advanced to the final after winning two knockout-round matches with the help of controversial late penalties.

Herrera, whose affectionate nickname is Spanish for "The Louse," is well known for his exuberant sideline displays at last year's World Cup in Brazil.

Earlier this year he and two players came under investigation by the Soccer Federation for tweets supporting Mexico's Green Party just before midterm elections, an apparent violation of the federation's code of ethics.