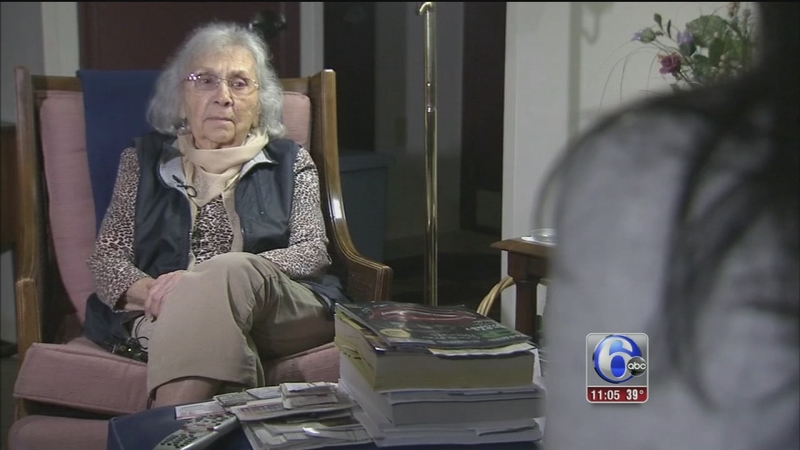 Woman to would-be rapist in Parkesburg home invasion: 'I have HIV'

PARKESBURG, PA -- An 88-year-old Chester County woman says she was able to talk a home invasion suspect out of raping her.

The attack happened in Helen Reynolds' Parkesburg apartment. It is one of several home invasions reported recently in Chester County.

In this case, a man posing as an apartment complex worker forced himself inside Reynolds' home and used duct tape to bind her.

"He wrapped it all around my face and my nose and my eye glasses. He had a piece in my mouth," said Reynolds.

The 88-year-old managed to carry on conversation with the suspect and talked him out of raping her.

"I said to him, 'Well it's like this,'" Reynolds recalled. "'You might as well know the truth.' I said, 'I have HIV and my husband died from it,' which is a lie.

When I said that he just walked out of the bedroom. That's the comment that saved my life."

When we asked Reynolds if she has anything to say to her attacker, she replied, "I have nothing good to say about him. Nothing at all. Put him in jail, and leave the sucker there."

So far no one has been arrested or charged in connection with the attack on Reynolds.

However, authorities have made an arrest in another home invasion that took place four days earlier under similar circumstances in nearby East Brandywine Township.

In that case, a 72-year-old woman was tied up and left in a closet for four days.

Authorities say a 17-year-old boy who escaped from a nearby behavioral health facility ransacked the victim's home before returning to assault her.

Police finally caught up with him, and he is now in custody, facing attempted homicide and other offenses.

Helen Reynolds told us she has great sympathy for the victim of that attack, having lived through something similar herself.

"Bless her heart. I know I thought of her ever since I heard about her," said Reynolds.

While police say that incident in East Brandywine involving the 72-year-old appears to be isolated, authorities are exploring whether the same teen now in custody may have been responsible for some of the other recent home invasions.