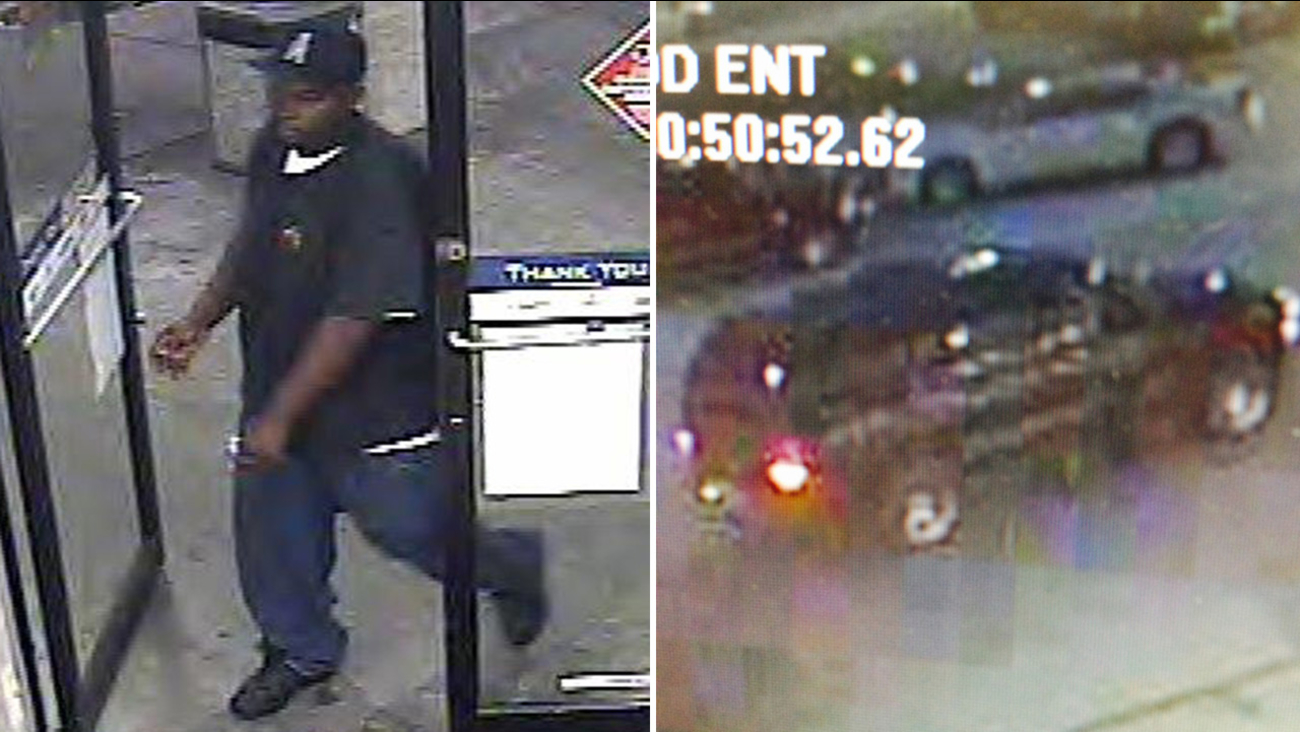 This is the man police suspect attacked and robbed a woman in an Humble parking lot. (Humble Police Department/Crime Stoppers)

HUMBLE, TX (KTRK) -- Authorities are looking for a man they say robbed and assaulted a mother in Humble who was trying to strap her 4-year-old son into his car seat.

The attack happened on June 9 around 8:40pm, according to Humble police. A man grabbed the woman's purse from behind her and then forced her to the ground and dragged her across the parking lot as her son watched.

Police say the man robbed the woman and then fled the scene in a black Chevy Tahoe with chrome rims driving west on FM 1960.

The woman was hospitalized after the attack.

Surveillance cameras captured the robbery suspect on video when he used the woman's credit card at a business in the 5600 block of Treaschwig Drive in Spring.

The suspect is described as a black male between 6' to 6'2" tall and weighs approximately 270 lbs.