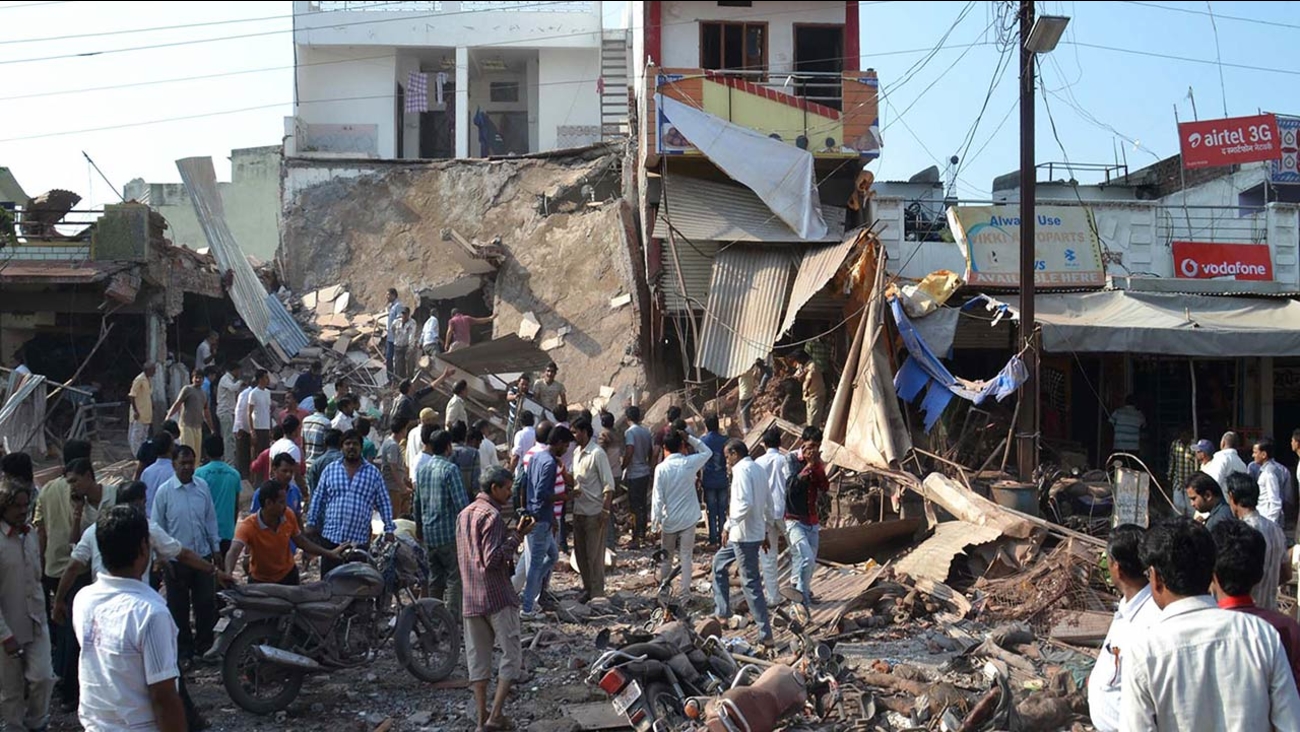 A crowd gathers at the site of an explosion in Petlawad, in the central Indian state of Madhya Pradesh, Saturday, Sept. 12, 2015. (AP Photo/Manoj Jani)

NEW DELHI, India -- At least 82 people were killed at a restaurant in central India on Saturday when a cooking gas cylinder exploded and triggered a second blast of mine detonators stored illegally nearby, police said.

The restaurant, located next to the main bus station in the town of Petlawad in Madhya Pradesh state, was crowded with people having breakfast when the blasts occurred.

Rescue workers extricated 82 bodies from under a huge heap of rubble, said Mewa Lal Gond, a police inspector in the mining district of Jhabua, where Petlawad is located.

Arun Sharma, a state health official, said doctors at a government hospital in the nearby district town of Jhabua conducted autopsies of 60 victims. The bodies were then handed over to the victims' families.

Gond said around 35 other people were hospitalized with injuries.

Residents were evacuated from several adjoining buildings that were damaged in the blasts, said a police officer who spoke on condition of anonymity because he wasn't authorized to talk to the media.

Police struggled to keep hundreds of onlookers and people looking for their relatives away from the site of the explosions, he said. The crowds hampered the movement of ambulances and other emergency vehicles, and officers had to push them back to allow a bulldozer to reach the restaurant.

Gond said the detonators were stored illegally in a room adjacent to the restaurant. The explosive materials are used by miners for blasting operations.

There are several manganese and bauxite mines in Jhabua district, and many mine workers are hired on contract from Petlawad and nearby areas.

Petlawad is about 950 kilometers (590 miles) south of New Delhi.