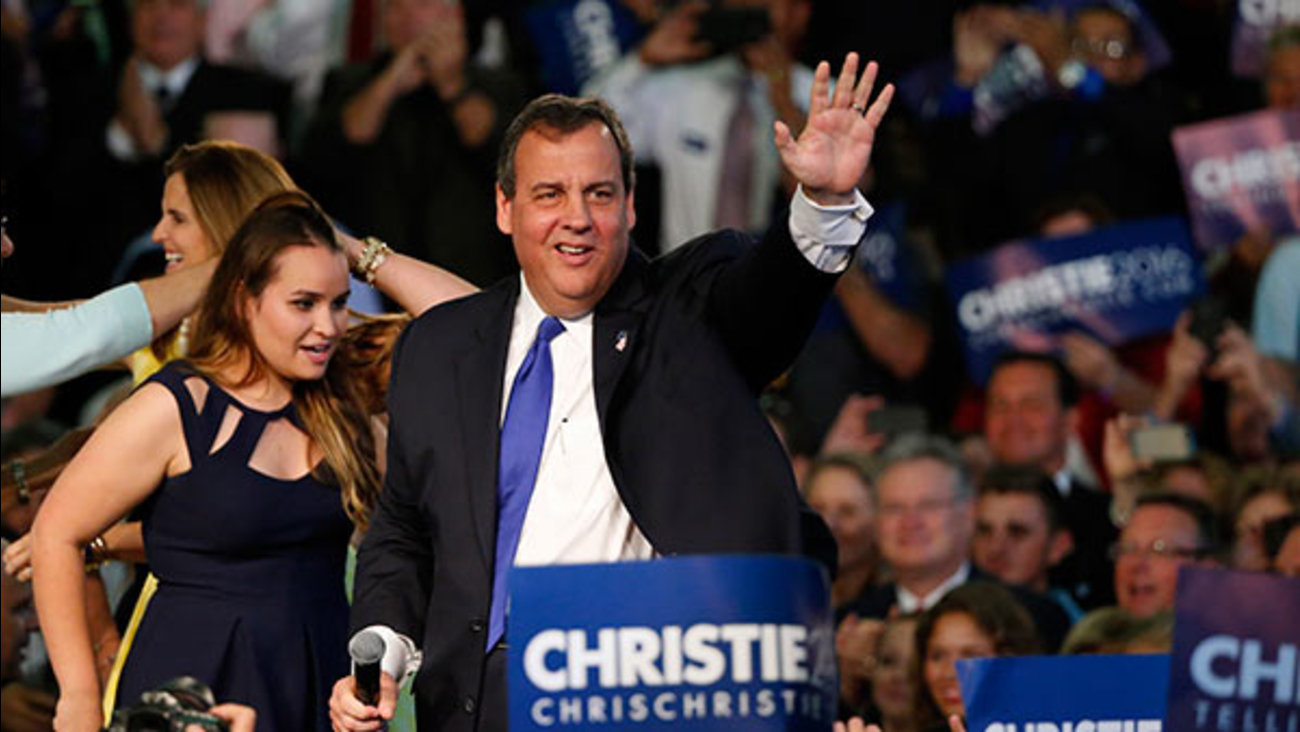 N.J. Gov. Chris Christie arrives to speak to supporters during an event announcing he will seek the Republican nomination for president, (AP Photo/Julio Cortez)

LIVINGSTON, N.J. -- New Jersey Gov. Chris Christie opened his 2016 campaign for president Tuesday and, never one to aim small, declared he's "out to change the world."

The Republican governor, a one-time GOP favorite who faded and now tries to climb back, told a kickoff rally in the gymnasium of his old high school that his last 13 years as a U.S. attorney and governor have been about "fighting for fairness and justice and opportunity" and he wants to do the same for the country.

"America is tired of hand-wringing and indecisiveness and weakness in the Oval Office," he said. "We need to have strength and decision-making and authority back in the Oval Office. And that is why today I am proud to announce my candidacy for the Republican nomination for president of the United States of America."

Hours earlier, Christie spoke by phone with donors, friends and out-of-state supporters. "The idea of going back to where you were when you were 15, or 16, or 17 years old, and to be able to stand in front of that group of people and offer yourself to the presidency is a really, really amazing moment," Christie told them.

He said he's "ready to go" on "what I hope is going to be a really noble and successful effort to try to lead our country and to change the world."

Four years ago, some of Christie's backers tried to persuade him to challenge President Barack Obama. In the years since, he won re-election with ease, but also struggled to revive New Jersey's moribund economy and fought with the state's Democratic-controlled legislature over pensions and the state budget.

While Christie's turn as head of the Republican Governors Association was widely viewed as a success in the 2014 midterm elections, he's also faced the fallout from the actions of three former aides, charged with creating politically motivated traffic jams to retaliate against a Democratic mayor who declined to endorse Christie's re-election.

The governor faces a tough sell with many conservatives, but has seemingly found his stride at times in visits to early voting states with the lively town hall meetings he's known for at home. There will be plenty more of those now that he's an affirmed candidate.

Emboldened by his political successes in heavily Democratic New Jersey, he seems himself as a leader who can work across Washington's bitter partisan divide.

In 2012, Christie was seen as the charismatic, pragmatic governor who burst onto the scene in made-for-YouTube moments. He gained national attention with a landmark deal in which the state's public sector unions agreed to higher health care costs and retirement ages in exchange for promised payments into the state's chronically underfunded pension season.

Now, Christie has been eclipsed by others in a pack of more than dozen rivals. And his poll numbers at home have sunk to record lows. New Jersey's economy is lagging and there have been nine credit downgrades on Christie's watch.

Christie grew up in Livingston, a town about 20 miles west of New York City, and served as class president at the high school. His high school friends were among the first to receive word that Christie would be launching his campaign at their old school.

"He's respecting his roots," said Stephen Slotnick, a fellow classmate who applauded the governor for including "the people who've grown up with him, the people who've supported him his entire life."