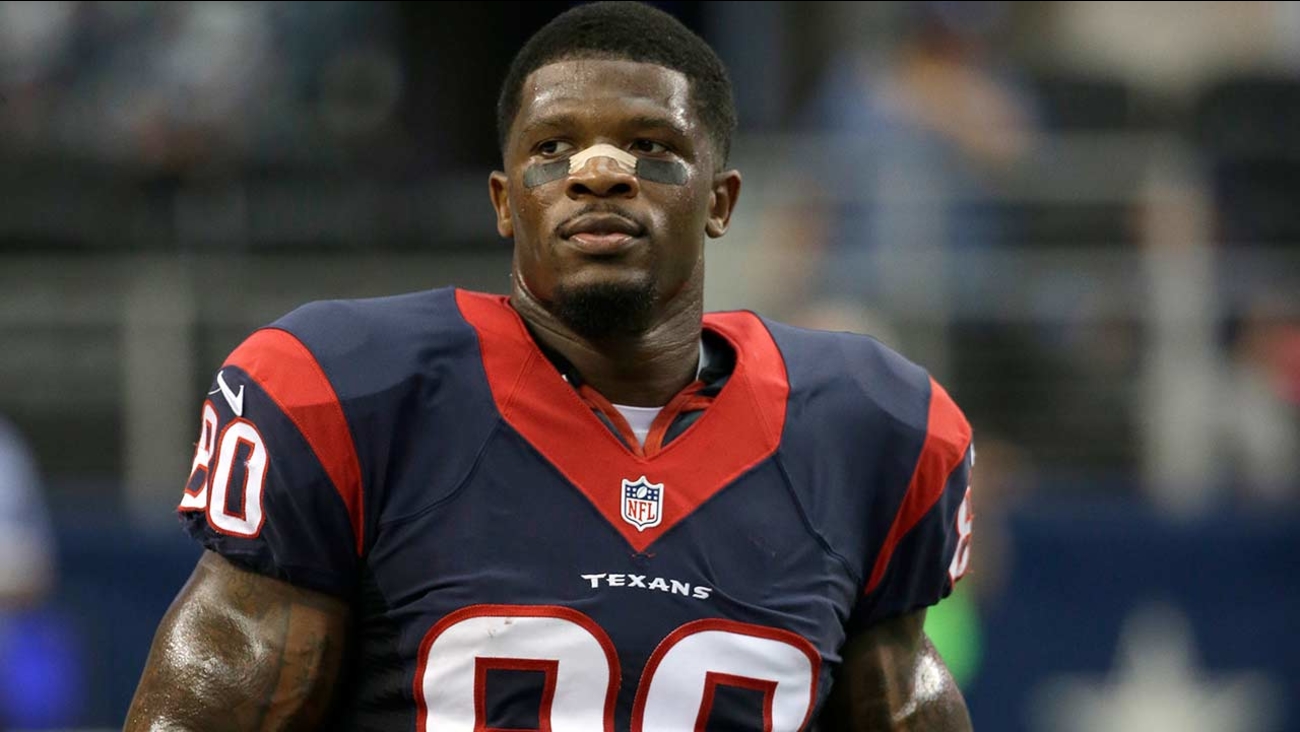 HOUSTON (KTRK) -- Andre Johnson's run as a Houston Texan is apparently over.

The greatest offensive player in franchise history has been freed up to pursue other offers.

According to Albert Breer with NFL.com, the Texans told Johnson his role would change in 2015, which is when he asked to be traded or cut.

Johnson has two years remaining on his contract and a salary cap figure of $16.1 million for 2015. His base salary of $10.5 million is the highest on the Texans' roster. Johnson is set to make a base salary of $11 million next season, counting $14.675 million against the salary cap.

Johnson has been with the team since being drafted as the third overall pick out of Miami in 2003. For his career, Johnson has 1,012 receptions for 13,597 yards and 64 touchdowns.

You might remember last offseason, Johnson didn't report to training camp, upset at the direction the team was headed. He eventually did report, and had a productive year, hauling in 85 catches for 936 yards and 3 touchdowns.

In an Instagram post, Johnson wrote, 'Thank you Houston for a wonderful 12 years. And a special thanks to all the fans who have supported me throughout my career. #TeamEighty'

The 2014 season saw Johnson's production dip as second-year receiver DeAndre Hopkins emerged. Hopkins notched his first 1,000-yard NFL season, while Johnson caught only 85 passes for 936 yards. In each of the previous two seasons, Johnson had caught more than 100 passes, for 1,407 and 1,598 yards.

Johnson is currently the longest tenured player for the Houston Texans, having been drafted third overall in 2003, the expansion franchise's second draft. Since then, he has become the best offensive player in the history of a franchise that lacked stability at quarterback. In his time with the Texans, he caught 1,012 passes on 1,599 targets for 13,597 yards.