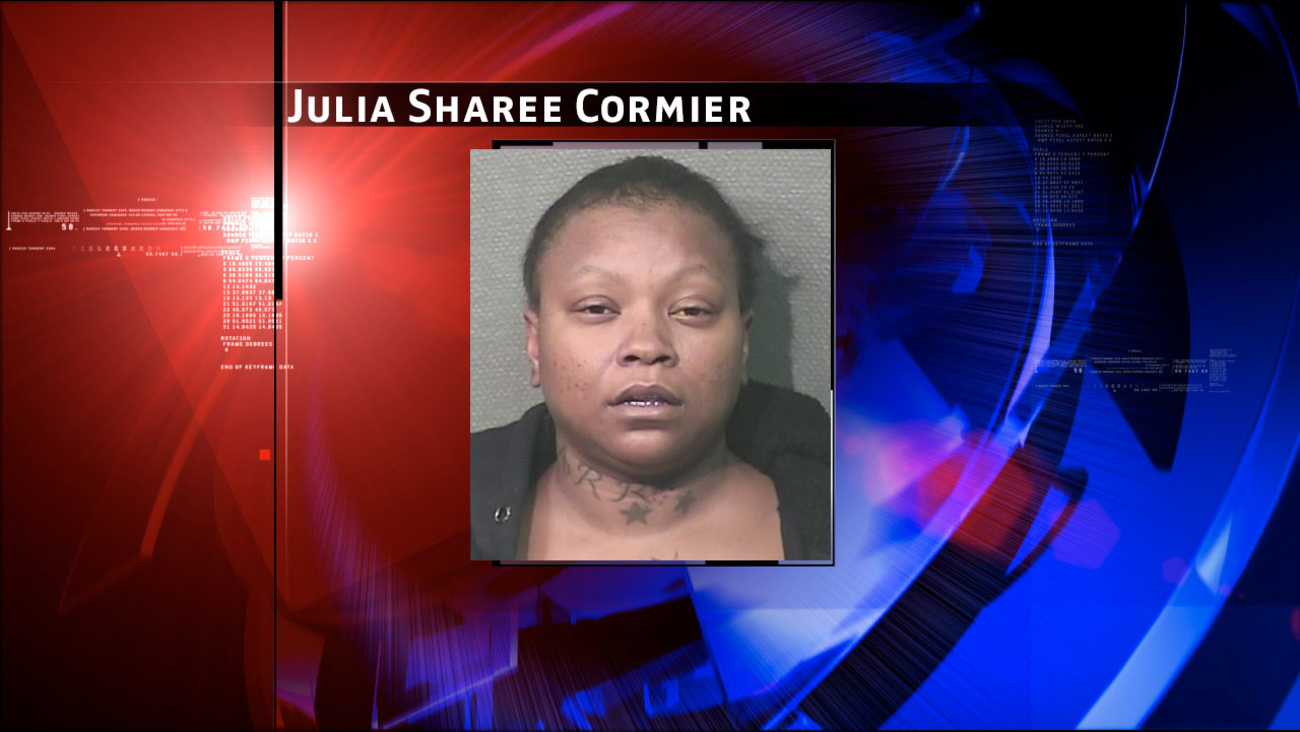 HOUSTON (KTRK) -- A woman is charged with murder after a man police say she was drinking with was found dead in northwest Houston.

Julia Sharee Cormier, 36, is charged with murder in the death of Kevin Mitchell, 42. Mitchell's was discovered dead Friday at around 6:20am at a home in the 6300 block of De Priest. According to police, the two were drinking the night before. Investigators say Cormier originally told them that the two had a disagreement, but then then made up and went to bed.

She reportedly told police that Mitchell got up in the middle of the night because he couldn't sleep. She said when she woke up at 5am, she discovered Mitchell unresponsive in a chair. At the time, there were no visible wounds found on Mitchell.

An autopsy revealed Mitchell's cause of death was from a small puncture wound in his chest area. Police say an investigation singled out Cormier as a suspect and she was charged.

After being taken into custody Saturday, she reportedly admitted to her involvement in Mitchell's death.