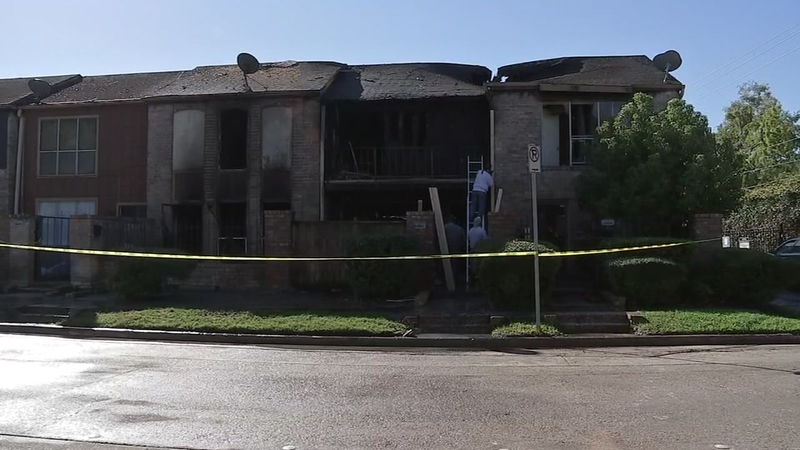 HOUSTON (KTRK) -- Three people were transported to the hospital with minor injuries after a two-alarm fire in west Houston.

The fire began just before 3am at the Briarwood Apartments on Ella Lee Lane at Winrock Bouvelard.

At least 15 engines worked to contain the blaze. Five townhomes were affected by the fire.

Eyewitnesses say they watched as one woman was loaded into an ambulance. Her condition is not known. Firefighters say a total of three people were taken to local hospitals for various injuries.

Neighbors at this complex say they awoke others in the complex. Dozens of people were out on the streets in the cold as firefighters work at the scene.

Lynn Arsenault said she would not have gotten out of bed if it weren't for her neighbors. She said, "We got out fine. Our pet didn't, but we don't know where our cat ended up."

One woman who had recently moved into her apartment had already experienced a fire at the same complex. Resident Marissa Galaviz said, "We went through something similar last Friday with getting relocated from these other townhomes around the corner also catching on fire."

Some said they heard glass breaking and a person calling for help in the parking lot.

In addition to their homes, some lost their vehicles in the blaze.