15,000 pieces of evidence to be scrutinized after HPD sprinkler mishap 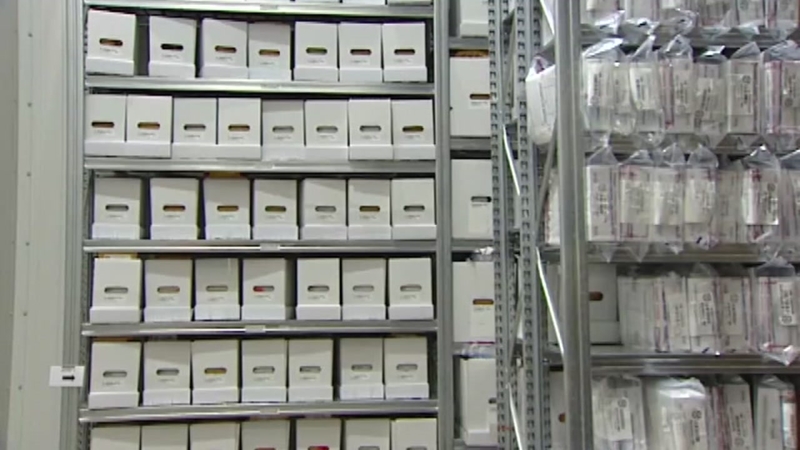 HOUSTON (KTRK) -- A sprinkler malfunction inside the Houston Police Department's evidence room has jeopardized more than 4,000 criminal cases, according to sources.

An HPD spokesman said the sprinkler went off Tuesday afternoon in a freezer inside the property room. That freezer contained mostly biological and toxicological evidence according to a letter from the Harris County District Attorney's office to Houston-area attorneys.

Sources: About 15,000 pieces of evidence being checked for damage after HPD sprinkler mishap, = about 4,200 cases #abc13

Sources tell Eyewitness News about 15,000 pieces of evidence will have to be examined for water damage.

Dr. Jasmine Drake is an associate professor of Forensic Science at Texas Southern University. She said HPD has a serious situation on their hands.

"There's gonna have to be a lot of documentation, photos will have to be taken, notes on the exact situation, the time, all of these things will be factors in determining if the evidence will be compromised," Drake said.
Dr. Drake said biological evidence is particularly susceptible to water damage.

"For DNA and biological samples, they are actually stored in paper bags, paper materials and dry materials because moisture build-up will destroy or contaminate that evidence," Drake said.

Attorney Tyler Flood is the president of the Harris County Criminal Lawyers Association. He is calling for a panel of attorneys, investigators and forensic specialists to work together in making sure the evidence is handled properly.
"Time is of the essence in something like this because there are people that are going to court every day whose evidence might be in there and might have been destroyed," Flood said, "But they are still pleading guilty or going to trial."

A spokesman for the Harris County District Attorney's Office said the office is waiting on information from HPD on which cases are affected. Once they have that information, the office will contact defense attorneys and prosecutors in those cases.