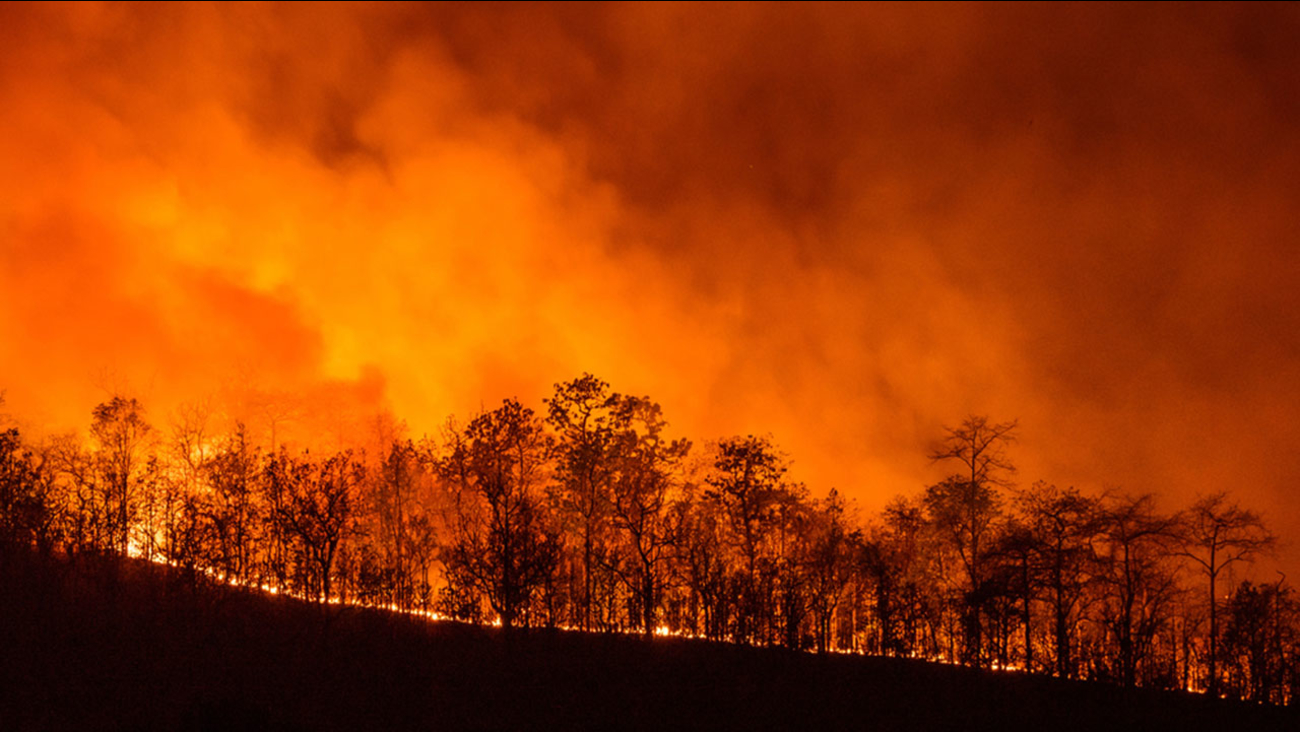 The woman was driving on the right rear rim of her subcompact car, emitting sparks that caused the fires in Calaveras County, 65 miles southeast of Sacramento, The California Highway Patrol tells KCRA-TV.

One home was burned on Sunday and many people were forced to leave their homes. The evacuation orders have since been lifted.

"We immediately smelled the smoke from the vehicle and looked and there was a fire on the corner of the property," homeowner Eugene Brooks told the station. Neighbors were left to help put out hot spots near their homes and said they were relieved the fire wasn't worse.

Renee Hogan was arrested on suspicion of driving under the influence, the CHP said. The state Department of Forestry and Fire Protection says it has filed additional charges against Hogan related to the fires.

The fire is 30 percent contained. No one was injured. Hogan's car was torched by the flames.

With wildfire season in full swing, Cal Fire is pleading with homeowners and drivers to be careful. There are some 11,500 firefighters battling a dozen large wildfires in California.
Related topics:
californiaduiforest firewildfire
Copyright © 2021 by The Associated Press. All Rights Reserved.
TOP STORIES
LIVE: Experts answer your questions about COVID-19 in Texas
CDC issues new eviction ban for most of US through Oct. 3
Judge blocks Abbott's order to pull over vehicles with migrants
Conroe PD sued over arrest that 'destroyed' life of former teacher
Here's when some of you could get a humidity break
2 more Houston lawmakers arrested in DC during voting rights protest
Woman sentenced after arranging kidnapping of cousin killed by FBI
Show More
Bolivar Peninsula fisherman reels in 110-inch shark
Big 12 reportedly looking at Pac-12 partnership
Business is booming in Houston's East End and here's why
34-year-old suspect's bond revoked in road rage murder of teen
Fort Bend Co. judge reinstates COVID protocols as cases spike
More TOP STORIES News