Civil War vet's ashes are on motorcycle ride across America 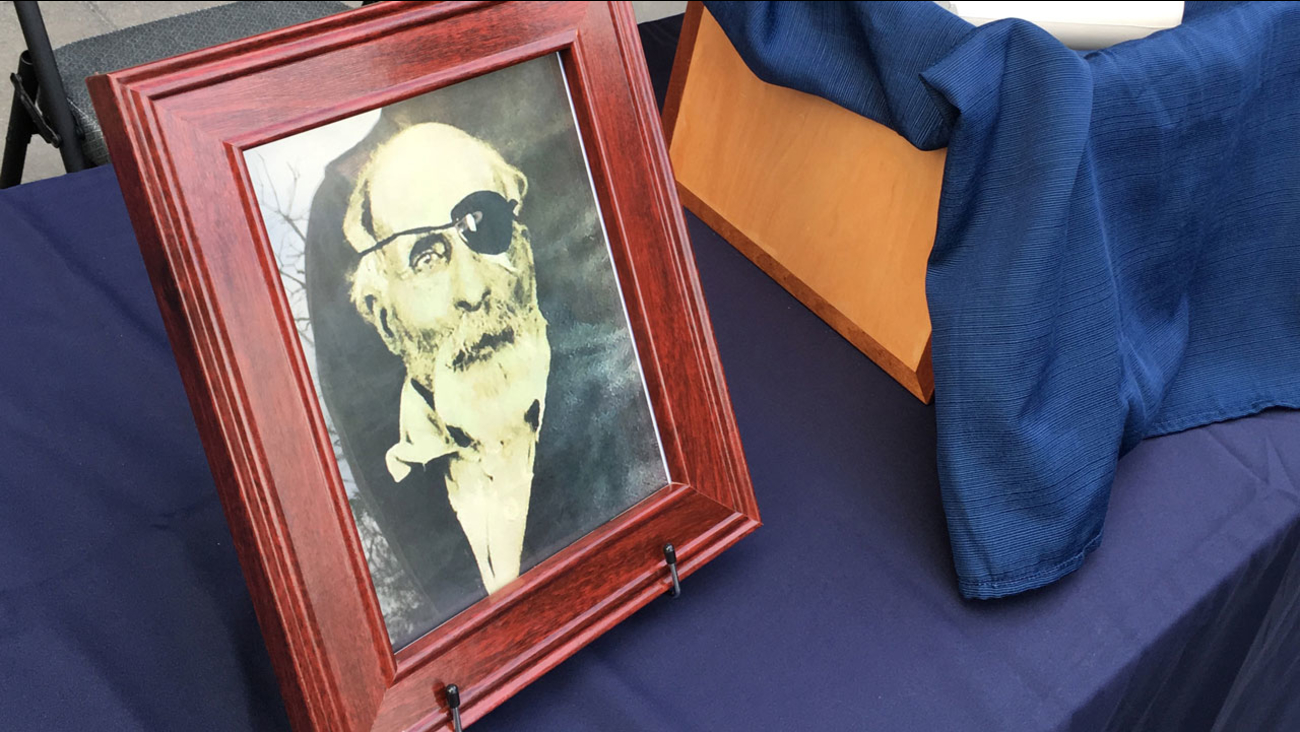 The cremated remains and a photo of Maine Civil War soldier Jewett Williams are headed for a motorcycle journey across the country. (AP Photo/Andrew Selsky)

SALEM, OR -- Jewett Williams served in the 20th Maine Regiment in the Civil War. When he died in 1922 at an Oregon insane asylum, he was cremated and his ashes were stored and forgotten along with the remains of thousands of other patients.

With a color guard in Civil War-era uniforms present, Oregon State Hospital officials handed over Williams' ashes to a group of motorcycle-riding military veterans for a journey across the country to his home state.

Members of the Patriot Guard Riders, a group that attends the funerals of U.S. military veterans, firefighters and police, then solemnly received the ashes, started their Harleys and began the long journey to Maine. Wearing leather vests festooned with patches describing their branches of service and American flags flapping from their bikes, the group will escort the remains in relays across America.

The ashes of hundreds of other patients were left behind, in urns embedded in a wall at a memorial on the grounds of the hospital made famous in "One Flew Over the Cuckoo's Nest," a film starring Jack Nicholson and adapted from a novel by Ken Kesey. It was in 2004 that Courtney, on a tour, found the ashes in corroding copper cans, stashed in a shed of more than 3,600 people who died at the Oregon State Hospital and other institutions.

In 2014, a memorial was opened, where the remains are labeled with names, birth and death dates and embedded in a wall. A gap now exists where Williams' urn had been. Over 300 other remains have been claimed.

"Here we are in this honored spot with all these unclaimed souls," Geno Williams, a U.S. Army special forces veteran and Patriot Guard Rider from Vancouver, Washington, who is not related to Jewett, murmured to a reporter after blinking away tears, "It is an emotional moment for me."

Jewett Williams had joined Company H of the 20th Maine more than a year after it famously prevented a Union defeat at Gettysburg with a bayonet charge at Little Round Top. But many engagements remained to be fought by the time Williams, of Hodgdon, Maine, joined in October 1864. His regiment was at the siege of Petersburg, Virginia, and in battles with the rebels right up to Confederate Gen. Robert E. Lee's surrender at Appomattox, Virginia, in April 1865, said Maine historian Tom Desjardin.

"The New Englanders were actively engaged with Grant's army in the long siege of Petersburg and the running fight with Lee to Appomattox," said James I. Robertson Jr., retired professor of Civil War history at Virginia Tech.

Jewett shared a tent with his cousin, Albert Williams, who in a letter, reflecting his rudimentary education described long marches in bad weather and sleeping in the open, according to a family history published online in 2005 by Barbara Ann Estabrook. He also described a scorched-earth campaign.

"i didnt have a chance to get a shot at a reb when we on the rode but i made the Cattle and Sheep and hogs suffer. You bet we killed every thing that we see and burnt every thing as we went," Albert Williams wrote on Dec. 18, 1864, less than four months before he died of fever at age 21.

Jewett Williams was married and divorced, then remarried and moved to Michigan, then to Minnesota where he was a carpenter. Their first child died after only 19 months. They had five more children and moved to Washington state, where the couple separated. In the 1920 census, Williams was listed as a widower in Portland, Oregon.

In April 1922, Williams was admitted to the Oregon State Hospital for the Insane in Salem, as the hospital was then known. He died on July 17, 1922, at 78, of cerebral arteriosclerosis.

None of Jewett's descendants has been found.

His remains are scheduled to arrive in Maine on Aug. 22 and will be buried with military honors in Togus National Cemetery in Maine on Sept. 17. A period-correct white marble veterans headstone will mark the spot, said Dave Richmond, deputy director of the Maine Bureau of Veterans' Services.

"He will rejoin his comrades-in-arms in Maine," said Greg Roberts, the superintendent of Oregon State Hospital. Also buried at Togus are five other 20th Maine veterans, including one from Company H.
Related topics:
societyoregonveteransmotorcycles
Copyright © 2020 by The Associated Press. All Rights Reserved.
More Videos
From CNN Newsource affiliates
TOP STORIES