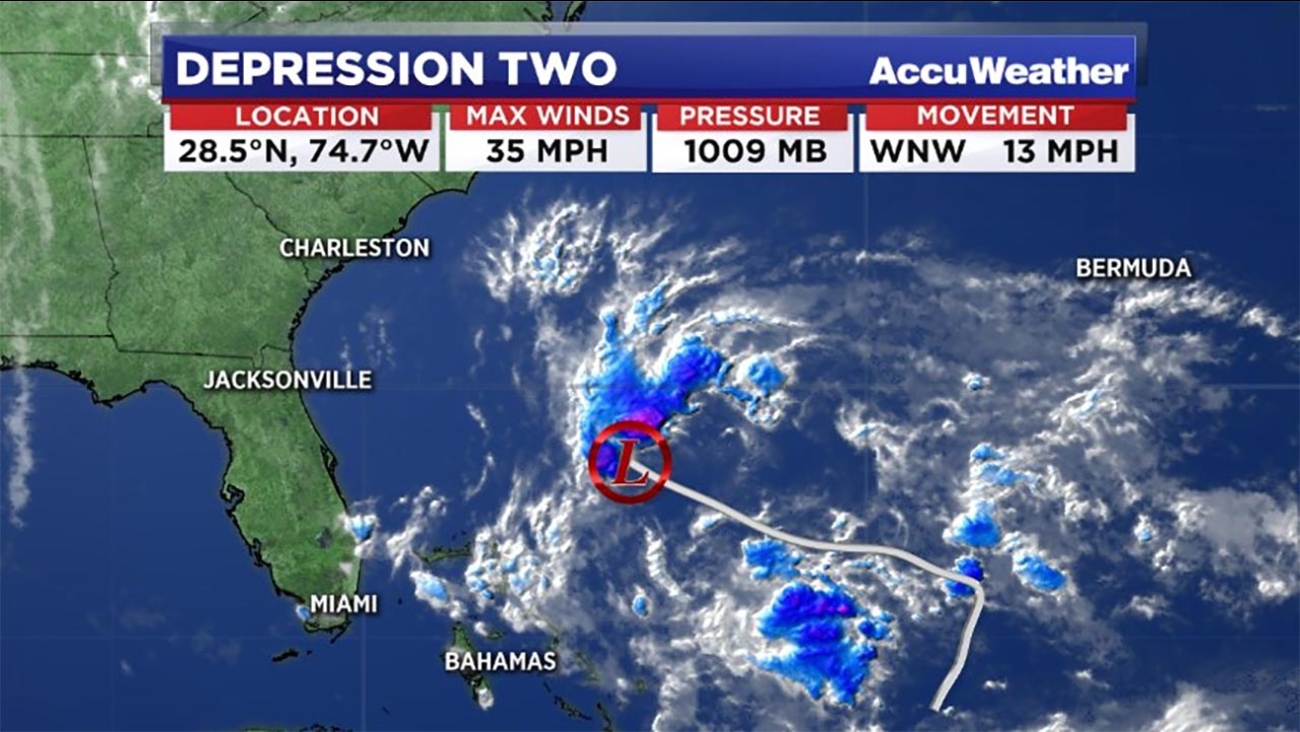 On Friday, the National Hurricane Center said an area of low pressure between Bermuda and the Bahamas became a tropical depression. A tropical storm warning was issued for the South Carolina coast.

Hurricane hunter aircraft were investigating the disturbance, and communities along the coasts of Georgia and the Carolinas should monitor its development, said NOAA Administrator Kathryn Sullivan.