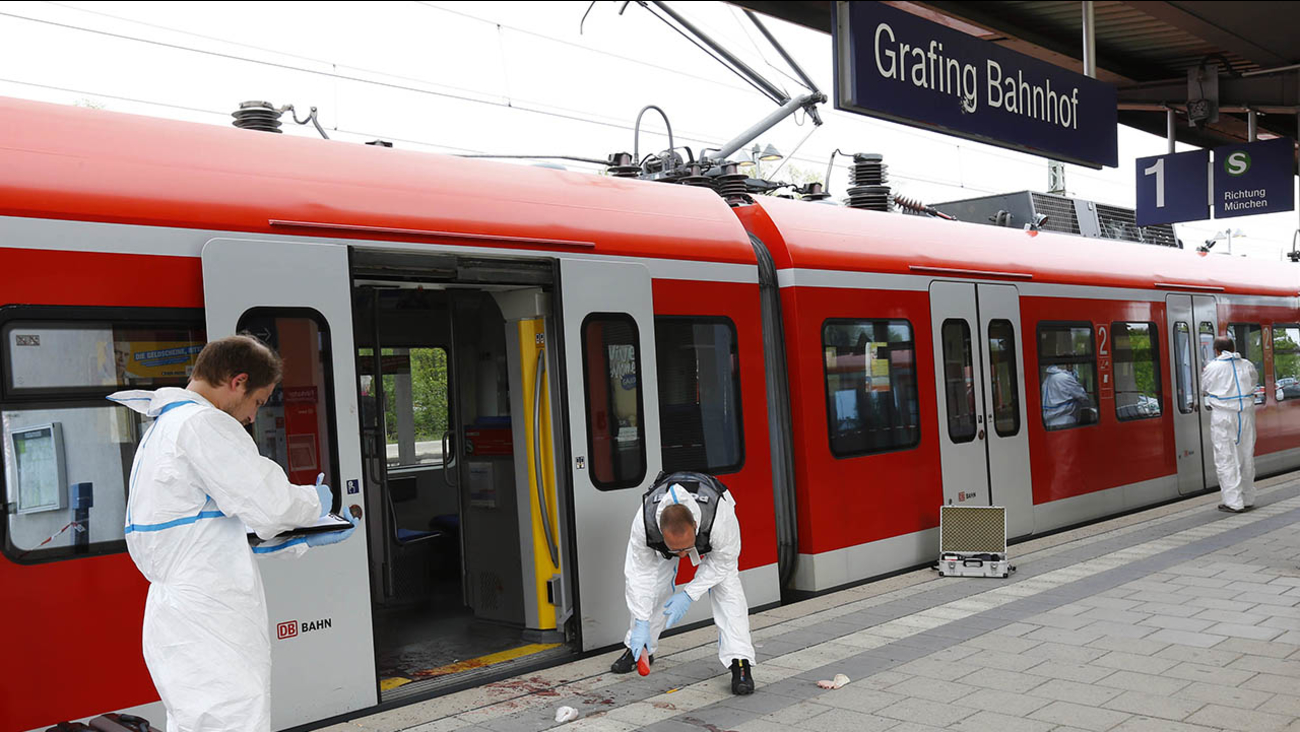 BERLIN -- A German man was arrested after several people were stabbed at a train station near Munich early Tuesday, authorities said. One victim died in a hospital and three other people were wounded.

The assailant made "politically motivated comments" as he attacked, Ken Heidenreich, spokesman for the Munich prosecutor's office in charge of the case, told The Associated Press. He said his office was investigating witness reports he yelled "Allahu Akbar," Arabic for "God is great."

"It's going in that direction," Heidenreich said of his office's initial information. Officials also raised the possibility that the man was mentally disturbed.

Heidenreich said, however, that the suspect is a 27-year-old German citizen, with a German-sounding name.

"We have no information that he is a recent immigrant here or of that background, but we don't know for sure at the moment," he said, adding that the man didn't live in Bavaria.

The attack comes at a sensitive time in Germany after the influx of some 1.1 million migrants last year and growing concerns about how the country will deal with them, particularly in Bavaria, their usual state of entry.

The attack happened shortly before 5 a.m. (0300 GMT) at the station, which is some 30 kilometers (nearly 20 miles) east of Munich.

At the scene, police forensic experts in white coveralls marked more than 40 bloody footprints - some of them barefoot - on the train platform with chalk numbers and collected evidence, including a cellphone that was pulled from the gap between the train and platform.

"We can say very little at the moment about the background" to the attack said Karl-Heinz Segerer, a spokesman for Bavaria's state criminal police office.

"Witness questioning shows that there were politically motivated comments on the perpetrator's part" during the attack, Segerer told n-tv television. He didn't give details.

Police and prosecutors said a 50-year-old man died from his injuries. The other victims were men aged 43, 55 and 58. Their names weren't released.

Heidenreich said one of the survivors had "serious injuries" but that he had no details on whether they were thought to be life-threatening.

Grafing has some 13,500 inhabitants. The rail station where the stabbing happened is some way from the town center. It is served by a Munich commuter line and faster trains on the Munich-Salzburg main line.

"Something like this is absolutely new and shakes people deeply - otherwise, they only know this kind of thing from television," she said. "That it could happen here is absolutely stupefying."