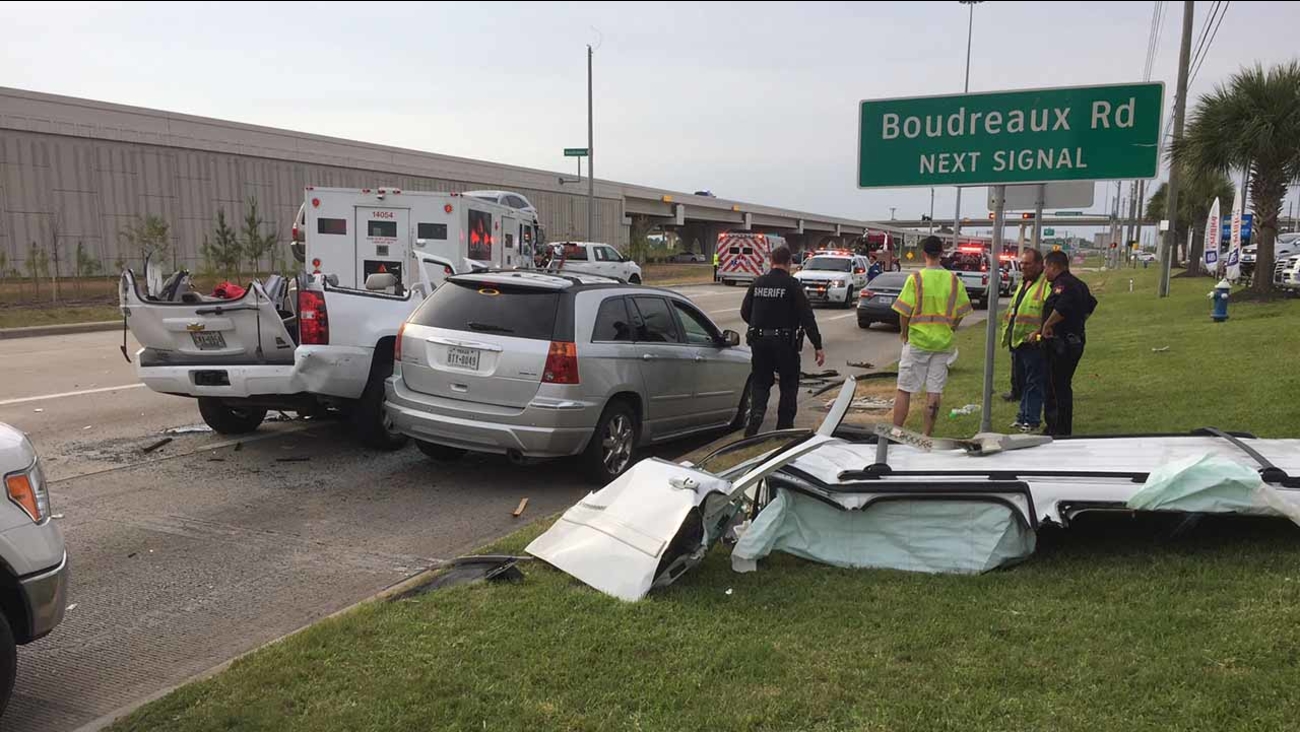 TOMBALL (KTRK) -- Two people were transported to the hospital after a crash involving an armored truck Saturday near Tomball.

The crash happened around 4pm on 249 and the north feeder at Boudreaux, south of Tomball. According to investigators, a white SUV crashed into a white Ford truck, then hit a Loomis armored vehicle and hit a silver Chrysler.