Jury sides with Hulk Hogan in his sex tape lawsuit 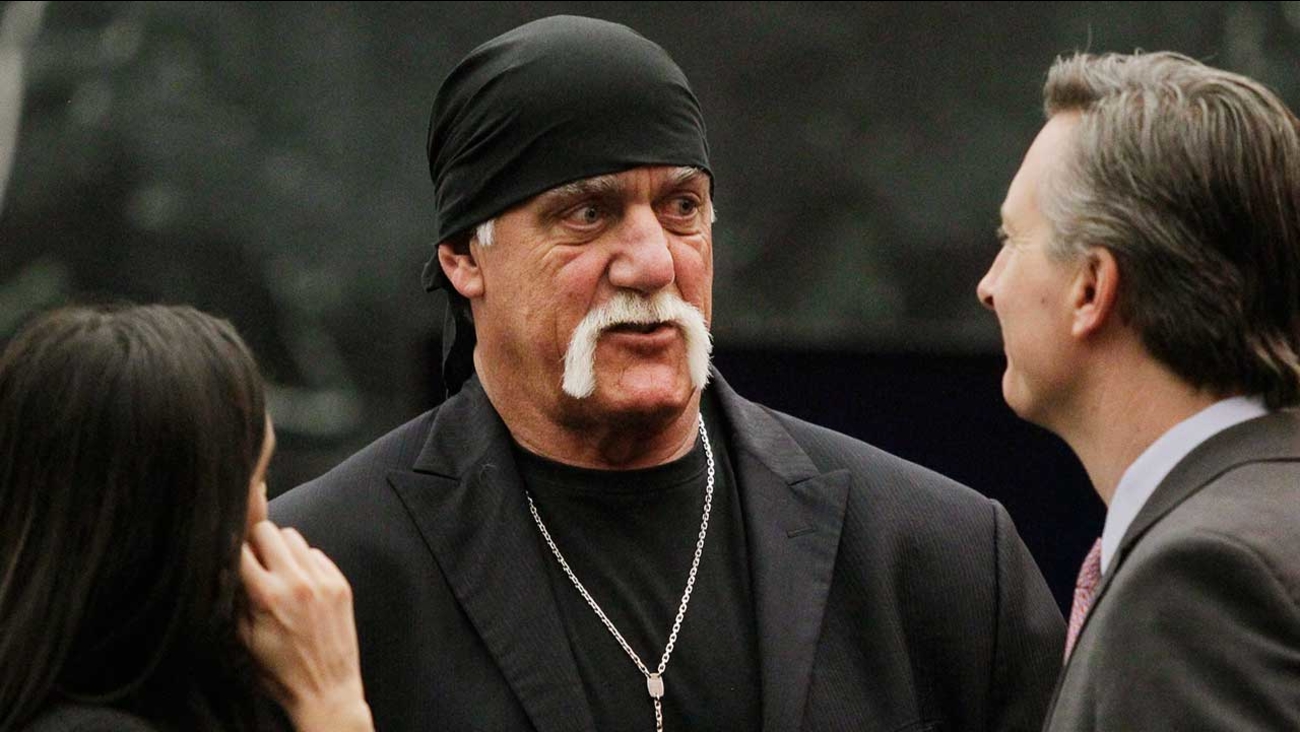 Hulk Hogan talks with his attorneys before the start of his trial Thursday, March 17, 2016, in St. Petersburg, Fla.

ST. PETERSBURG, FL -- A jury sided with ex-pro wrestler Hulk Hogan on Friday and awarded him $115 million in his sex tape lawsuit against Gawker Media.

The jurors reached the decision Friday evening, less than six hours after they began deliberations. The trial lasted two weeks.

Earlier Friday, in spirited closing arguments, lawyers for Hogan and Gawker discussed themes of personal life versus celebrity, and freedom of speech versus the right to privacy.

Hogan, whose given name is Terry Bollea, sued Gawker for $100 million for posting a video of him having sex with his former best friend's wife. Hogan contended the 2012 post violated his privacy.

Hogan's attorneys told jurors this is the core of the case: "Gawker took a secretly recorded sex tape and put it on the Internet."

They said Hogan didn't consent to the video, that Gawker didn't follow usual journalism procedures before posting it and that the video wasn't newsworthy. Gawker did not try to contact Bollea or the woman in the video, and nor did the website contact the woman's husband, DJ Bubba The Love Sponge Clem, who recorded the video.

It was never conclusively determined during trial who leaked the video to the media.

Hogan didn't ask for any of this to happen, lawyer Kenneth Turkel said, adding that Bollea, the private man, expected privacy during an intimate moment. Much was made during the trial of Hogan's celebrity persona versus Bollea's privacy.

"I want you to imagine the fact that for 35 plus years he is essentially an actor, an entertainer, who has played the same role," said Turkel.

He said Hogan "has every right, every right, to keep whatever precious private moments in his life, which for this gentlemen are very few."

Gawker's attorneys told the jury that the video is "not like a real celebrity sex tape" and urged them to watch the video, which contains nine seconds of sexual content.

They pointed out that news of the sex tape first appeared on at least two websites: TMZ and The Dirty. Hogan went on TMZ's TV program to talk about it, and later, appeared on the Howard Stern show.

"He has consistently chosen to put his private life out there, for public consumption," said attorney Michael Sullivan.

He also criticized Hogan's claim that he was in Hulk Hogan persona when he was doing interviews.

"An actor playing a character does that on set, but when they go on a talk show, they're themselves," Sullivan said.

Sullivan called into question whether the tape was all a celebrity stunt to drum up publicity for Hogan's career.

He suggested that although the jurors might find the video, Gawker and Hogan's sex life distasteful, they must protect the First Amendment right to free speech.

Meanwhile, in a related development, sealed documents in the case were unsealed late Friday.

Attorneys for media companies including The Associated Press sought to have the files unsealed and an appeals court agreed Thursday.

The documents outline allegations, facts and conflicting testimony that might have colored jurors' views of the case. Among them: assertions that Hogan filed the lawsuit to hide racist comments made on video, that the woman who Hogan had sex with knew it was being filmed, that Hogan participated in an FBI investigation and sting because he was being extorted.

At worst, the documents portray a low-level celebrity who was trying to keep his grip on his reputation while in the twilight of his career, who was emotionally devastated during a nasty divorce, and someone who should have never entrusted a DJ named Bubba The Love Sponge Clem with being his best friend.

After the documents were released, Hogan's lawyer David Houston issued a statement: "We believe these documents in large part have no bearing on the issues of this case."

"We're disappointed the jury was unable to see key evidence and hear testimony from the most important witness," the company wrote in an email. "So it may be necessary for the appeals court to resolve this case. Hulk Hogan's best friend Bubba the Love Sponge - who made the tape and offered up his wife in the first place - originally told his radio listeners that Hulk Hogan knew he was being taped. The jury was only able to hear a questionable version of events. Bubba should have been required to appear in court and explain what really happened."

Tornado touches down in Huntsville, ripping down trees