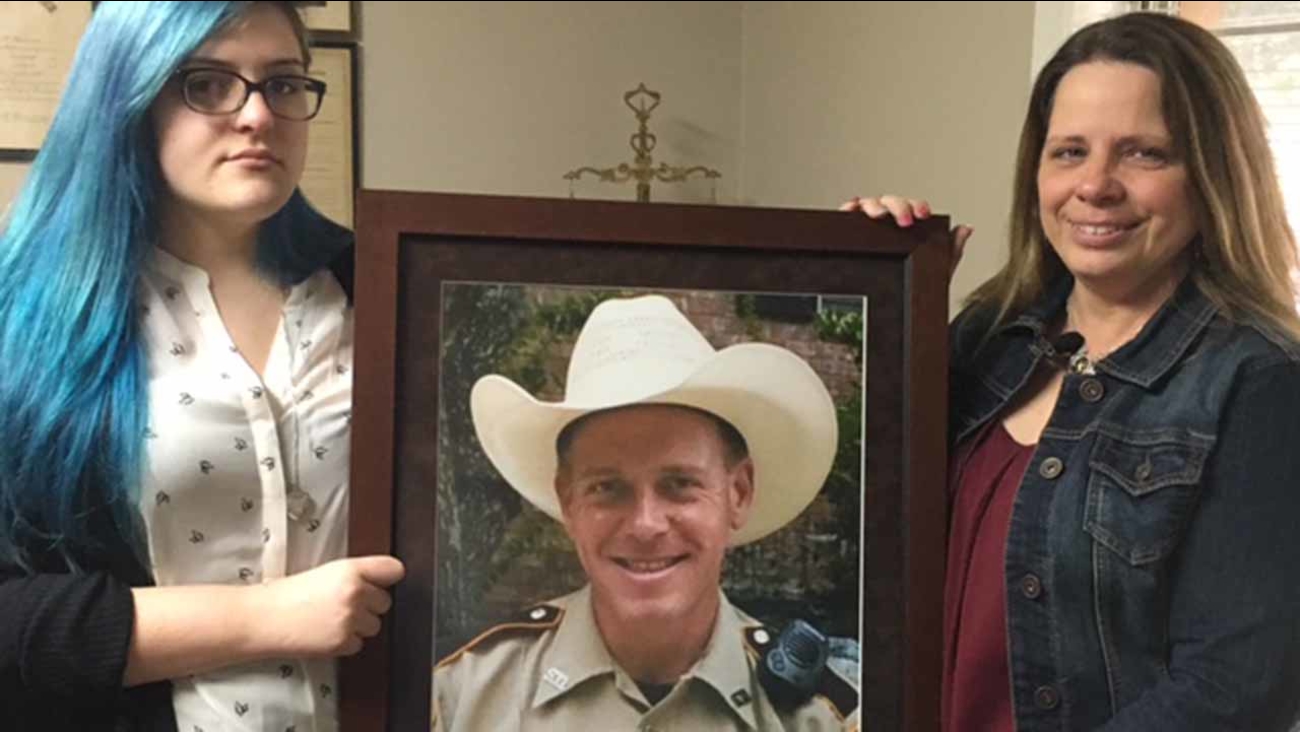 FORT BEND COUNTY (KTRK) -- An online petition drive is now asking Fort Bend County to drop the lawsuit it has filed against the widow and children of a deputy who was killed in the line of duty.

Deputy J.D. Norsworthy was critically injured December 27, 2010, after swerving to avoid traffic on his way to back up a fellow officer. He hit a tree on FM 762 near Benton Road and flipped his patrol car. Days later, he died.

In the time since his death, the county has never tried to recover reimbursement for his medical bills or lost wages.

Only now, after Norsworthy's daughter Kaitlyn has settled with the party deemed liable for the wreck, has the county sued the family.

Widow Melisa Morsworthy said, "It doesn't sit very well. Not at all....It's just amazing to me that it has come to this point. I don't understand it. I think it's very disrespectful for countywide first responders...not just...for first responders period."

Fort Bend County Judge Bob Hebert said yesterday that the county has a duty to the taxpayers of Fort Bend to seek reimbursement for the money.

The attorney for the Norsworthy family says the statute of limitations for the county to sue expired after two years. Deputy Norsworthy was killed five years ago.