Lawmakers anxious to hear from Shkreli, but he's taking 5th 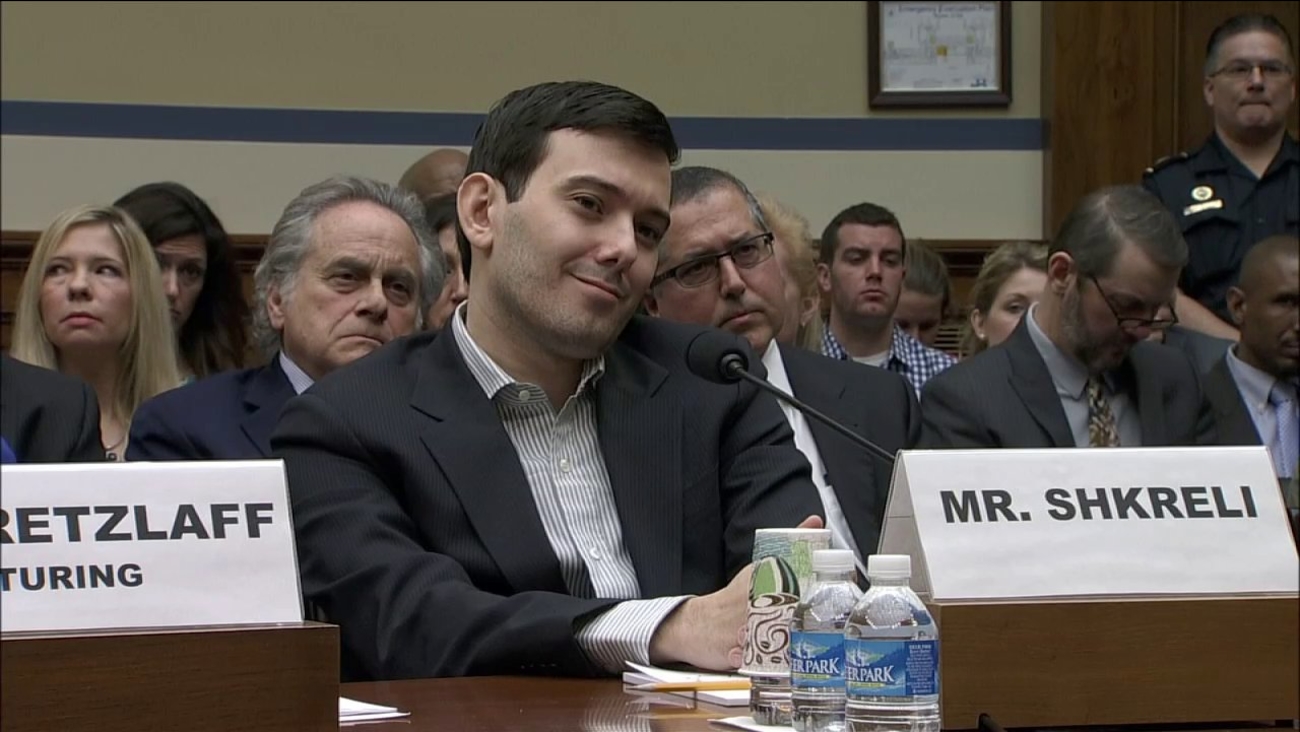 WASHINGTON -- Pharmaceutical chief Martin Shkreli refused to testify Thursday in an appearance before U.S. lawmakers who excoriated him over severe hikes for a drug sold by a company that he acquired.

Shkreli, widely scorned for hiking the price of a long-established and potentially lifesaving drug by more than 5,000 percent, exercised his Fifth Amendment right against self-incrimination when he went before the House Oversight and Government Reform Committee.

Rep. Elijah Cummings, the top Democrat on the panel, berated Shkreli: "I call this money blood money ... coming out of the pockets of hardworking Americans," he said.

The 32-year-old Shkreli faces separate criminal charges of securities fraud in connection with another drug company he owned.

The lawmakers summoned him to answer for the decision that made him infamous: raising the price for Daraprim, the only approved drug for a rare and sometimes deadly parasitic infection.

The brash entrepreneur and former hedge fund manager, who pleaded not guilty after his arrest in December in New York, has been out on $5 million bail. He walked into the packed hearing room well before the session began and met the crush of cameras. Even a few members of the House panel were swept up in the curiosity and snapped Shkreli's photo on their cellphones. He wore a sport jacket and button-down shirt, conservatively preppie attire.

Also appearing before the lawmakers is Turing's chief commercial officer and the interim CEO of Canada's largest drugmaker, Valeant Pharmaceuticals. Documents from Valeant and Turing show they have made a practice of buying and then dramatically raising prices for, low-cost drugs given to patients with life-threatening conditions including heart disease, AIDS and cancer, according to excerpts released this week by the House panel.

The two companies' executives argue that commitment is to ensuring that cost isn't a deterrent for patients who need the drugs.

Documents show how executives at both companies planned to maximize profits while fending off negative publicity over the price hikes.

Presentations by Turing executives, part of the trove of documents, show that as early as last May, the company planned to turn Daraprim into a $200-million-a-year drug by dramatically increasing its price. Turing bought the 60-year-old drug from Impax Laboratories in August for $55 million and swiftly raised its price.

But anticipating a possible backlash, the company warned in an internal memo that advocates for HIV patients might react to the price hike.

Valeant likewise identified revenue goals first and then used drug prices to reach them, committee staff said in a memo. It said Valeant believed it could repeatedly raise the prices of Nitropress and Isuprel without repercussions because they're administered by hospitals, which are less price-sensitive than consumers.