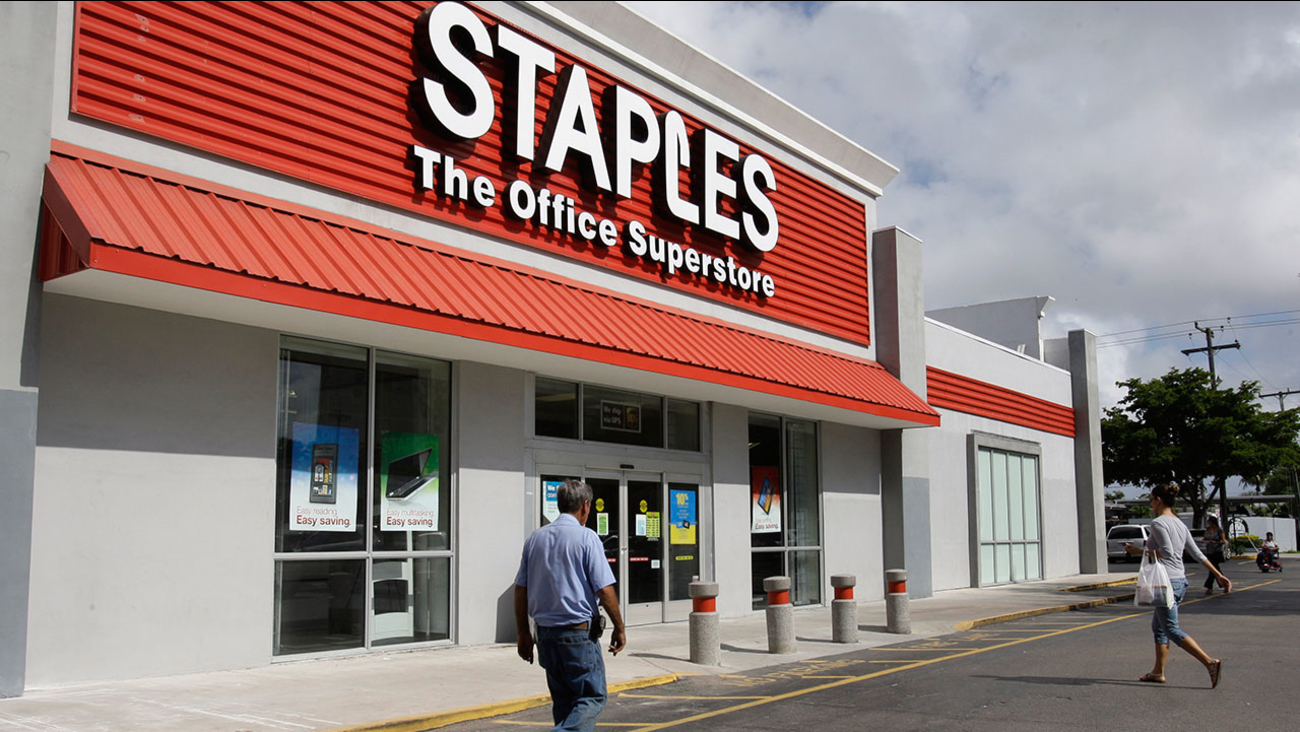 AP
NEW YORK -- The Federal Trade Commission said Monday that it is seeking to block the proposed combination of Staples and Office Depot because the deal would reduce competition in the office supplies market. The companies said they plan to fight to preserve the deal.

Staples and Office Depot said they plan to show that the FTC's decision is based on "a flawed analysis and misunderstanding" of the competitive landscape the companies deal with.

The pair argue that competition has become even tougher since Office Depot and OfficeMax merged in 2013 and that the FTC is contradicting itself because it said that the office supply market was highly competitive two years ago.

Staples is based in Framingham, Massachusetts, while Office Depot is based in Boca Raton, Florida.