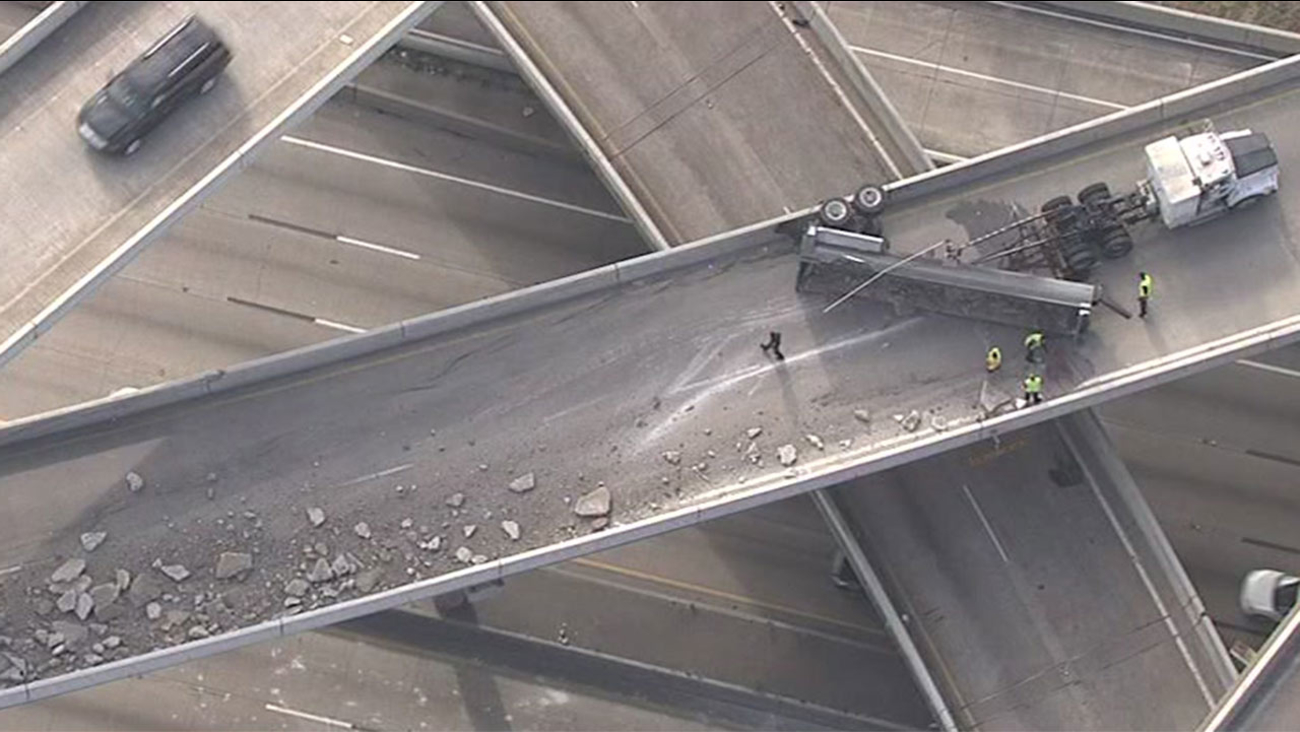 That's the best way to describe what happened on the Southwest Freeway southbound ramp onto the West Loop southbound.

A driver changed lanes and the concrete debris he was hauling spilled onto the overpass and onto the freeway below.

"No injuries at this point," according to Houston Police Sergeant G.T Hall. "I think a few vehicles were hit by falling debris."

That debris hit at least four cars. It's incredible nobody was hurt.

"Concrete was coming down from above," said Sergio Renteria, whose car was damaged. "There was a vehicle in front of me that got the first load of concrete. I had the second load. I was scared of what else was coming other than concrete."

"This don't happen every day," added Jermisha Sonnier. Debris also hit her car. "I was driving underneath the freeway and concrete just started falling down."

With one of the busiest intersections in the state shut down for much of the morning and early afternoon, traffic became a secondary casualty in all directions. The wreck happened shortly before 10am, and the lanes were closed until about 1pm.

The cleanup was a difficult task, but a little easier knowing none of it hurt or killed anyone.

Curtis Waters, a TxDOT contractor at the scene, told Eyewitness News people were "very fortunate. There was a lot of debris. Somebody could have gotten hurt. Going too fast around these curves, those 18-wheelers. What can you do?"

Police did not cite the driver for speeding, though it may have been a factor.

The driver told HPD he was swtiching lanes and lost control on part of the busiest interchanges in the state of Texas.

The company involved is called CRAZY ANT HD TRANSPORT out of Freeport. It's relatively small with seven trucks and seven drivers. I'm told the driver involved today was not new to the job.

Before today, the company had a clean crash history going back 24 months.

But commercial vehicles account for a lot of wrecks in Harris County. The most recent numbers reveal 5,457 crashes involving Commercial Motor Vehicles, such as big rigs, including 42 deaths and 121 incapacitating injuries. 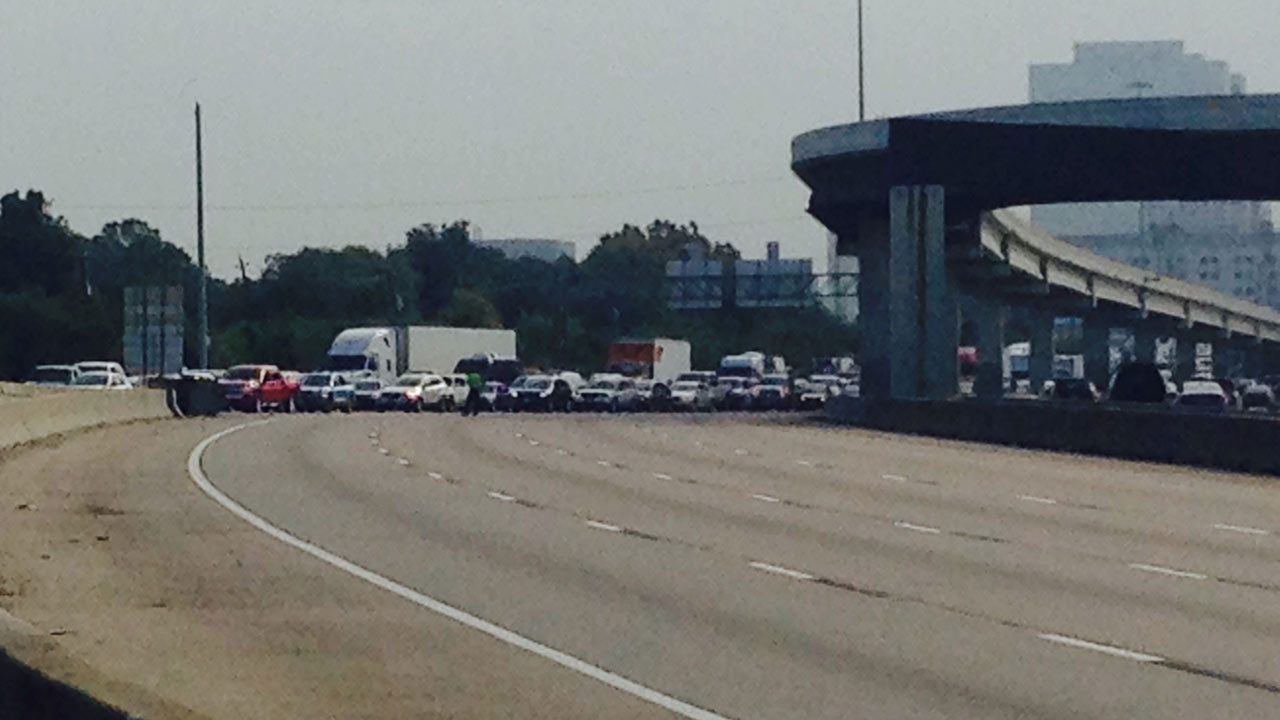