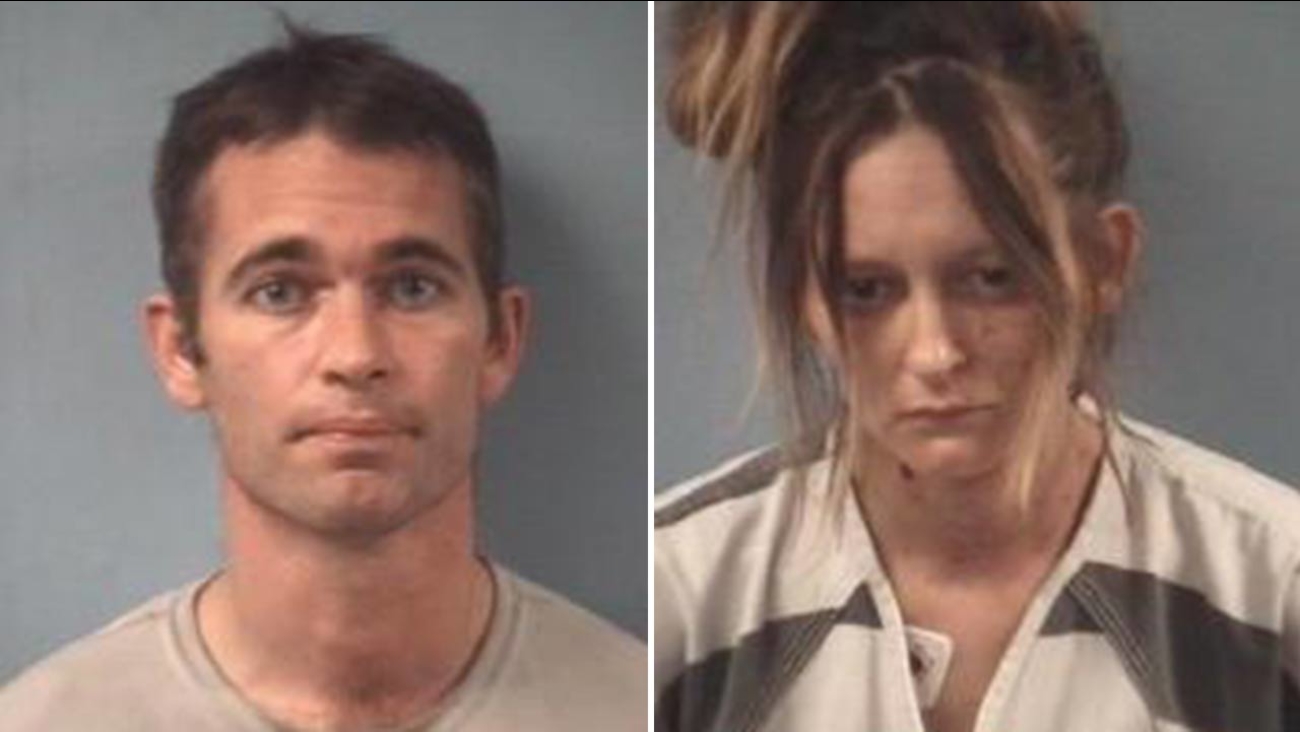 FRIENDSWOOD, TX (KTRK) -- Police say three children were taken into state custody after their parents allegedly got high on drugs and put them in dangerous situations.

The allegations against Christina Marie Harrison, 28, and her husband, 31-year-old David Charles Harrison, stem from a series of events on October 6.

Police say Christina and her 8-year-old child were inside a car that crashed into a utility pole and billboard in the 4900 block of FM 2351. Officers at the scene determined that she had been driving under the influence of drugs. During a search of the car, they found cocaine and a snorting straw, as well as a purse carrying crystal methamphetamine, Soma and Xanax.

The boy was transported to the hospital to treat minor injuries. Christina was taken into custody.

But before officers could clear the scene, Christina's husband, David, arrived at the scene. Police say he, too, appeared to be high on drugs. During his arrest, David told authorities that he'd left the couple's three-year-old and infant home alone.

An officer arrived at the Harrisons' home and found drug paraphernalia and marijuana within reach of the children. As a result, David also was charged with endangering a child.

Back at the Friendswood Jail, Christina's condition drastically worsened. Officers noticed white powder around her face and found more crushed pills in the backseat of the patrol car. They determined the mother had consumed more drugs to in an attempt to destroy evidence. She was taken to the hospital for treatment and later released into custody.