New York Deli is all about Astros despite name 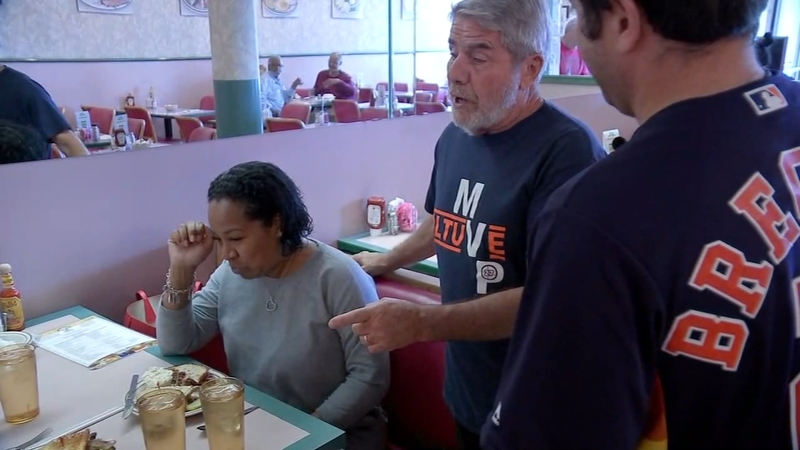 HOUSTON, Texas (KTRK) -- As the Yankees take on the Astros, New York fans can get a taste of home from a business that loves the 'Stros.

Inside New York Deli and Coffee Shop in Meyerland, they take their bagels seriously.

The quality has attracted Houstonians for years. Many of them New York natives, who know what makes a good bagel.

"It's got to be fluffy, I guess," Casey Koplik explained. "Not white bread, which you get in Texas for the most part."

At New York Deli and Coffee Shop, there's a little piece of home for Texas transplants.

Normally, a New York customer wouldn't be a problem, until this week. The Yankees are playing the Astros in the American League Championship Series.

Suddenly, the NY stands out a little more.

"I got it tossed off my head last night," Koplik recalled. "It's okay. It's a better reaction than what I'd get in Boston."

But wearing a Yankees hat won't get you kicked out here.

"No, come on in and spend your money! We like it," Gavrila said. "They'll come around to the Astros way of thinking."

Gavrila started the business. He learned how to make New York bagels from his father-in-law.

After 44 years, Gavrila is getting ready to pass the torch.

On Monday, the restaurant will celebrate its 44th anniversary.

"We want the Astros to win," New York Deli and Coffee Shop partner Michael Saghian said. "We're rooting for the Astros, but we still serve them, and we become friends."

Friends and customers they hope to continue to attract long after the ALCS.

"That's what we are here at New York Bagel," Gavrila explained. "We're a team. We have quality product, and we're all welcoming to everybody."

Even those who wear Yankees gear while the team is battling the Astros.