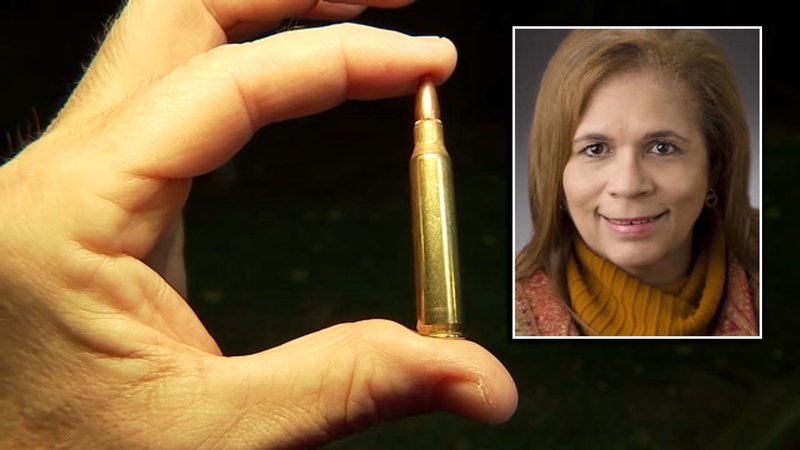 HOUSTON, Texas (KTRK) -- As investigators look into whether celebratory gunfire truly led to a family matriarch's death during a New Year's celebration, a former Houston police investigator said the ballistics of the case will be key in looking for the shooter.

Philippa Ashford, 61, died while she watched her family and others celebrate 2020 outdoors in the Laurel Oaks subdivision in north Harris County.

Typically, celebratory gunfire cases are difficult to solve, but not impossible, according to former longtime HPD officer Mark Stephens.

"The ballistics in the bullet, what they look for, is a lot like a fingerprint, so you can match them," said Stephens.

He said the projectile that investigators recover will be entered in the ATF's National Integrated Ballistic Information Network, or NIBIN. It will be compared to other bullets and firearms already entered.

"What NIBIN does, is every time a projectile is recovered, it does ballistic testing on it, and it stores that information every time there's a shooting. In a casing, they store that information and then they let the computers match it up," Stephens said.

Amid the investigation early Wednesday, officials went from house to house looking for shell casings and talking to residents in an effort to identify the origin of the gunshot.

Deputies say no one who was with the woman at the time had a gun when she died during the celebration.

What's even more, Ashford wasn't the only person hit that night. Elsewhere, in an unrelated incident, Paul Moreno said his roommate, whose identity was not disclosed, was hit in the wrist as they stood outside on Hopper Road.