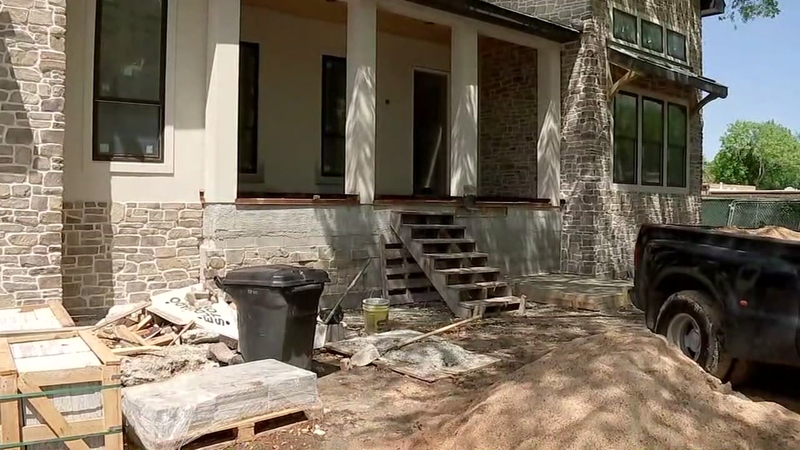 HOUSTON (KTRK) -- Mayor Sylvester Turner started Wednesday's discussion about new floodplain rules like an old courtroom case. He opened with a strong charge to the jury in front of him, the council members who would ultimately deliberate and decide whether or not the stricter building rules would in fact become the rule of law.

"We must take definitive, concrete action to mitigate the risk of flooding," Turner said. "We will build higher. We will not be guided by the 100-year floodplain, but the 500-year floodplain. Eighty-four percent of the structures would not have flooded with this rule."

"To do nothing is not an option. This is one time we must rise above the voices that say, 'do nothing.'"

Thank you to the @HoustonTx City Council for approving the flood protection reforms I proposed in January. This is a signature moment for our city; a transformative move to save lives, make Houston more resilient and preserve the factors that attract newcomers. #HurricaneHarvey

The council spent the next three hours zig-zagging through details about what the new rules would actually mean, who would be impacted, and when they would go into effect.

Mayor Turner proposed the changes to the city code, known as chapter 19, a few weeks after Harris County officials approved similar changes that stiffen the rules for building in areas that flood.

The new rules expand the regulations for new and substantial changes to homes built two feet above the 500-year floodplain.

Building to that height is expensive, however. Some Harvey victims expressed concerns that they would be forced to spend hundreds of thousands of dollars to rebuild their homes to the new standards. In this case, a city spokesperson says those homes already in the rebuilding process may not be affected.

Many developers and real estate professionals opposed the new rules. Nearly all of the speakers at the council's public session spoke against the proposal.