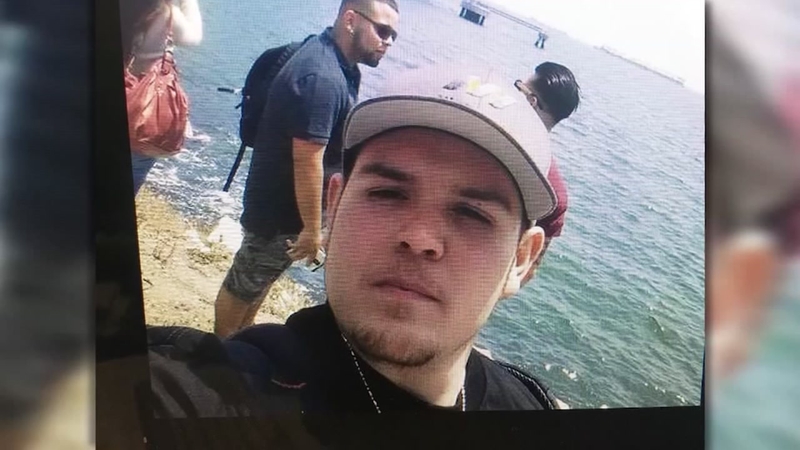 ALBUQUERQUE, New Mexico -- A warehouse employee accused of wounding three men in an Albuquerque workplace shooting had used a forklift to block the business' doors before carrying out the attack and then fleeing to the outskirts of the city, police said Tuesday.

At a news conference a day after the attack, Albuquerque Police Chief Mike Geier said it appeared 30-year-old Waid Anthony Melton had entered the Ben E. Keith food distribution center during a shift change Monday evening when roughly 20 employees were at the site. He opened fire, and then quickly escaped to the northern fringes of Albuquerque, where hours later he killed himself, authorities said.

Police said officers were able to make contact with Melton before he died, and that negotiators were on the phone with him when he took his own life. Geier said investigators had learned that Melton may have had some mental health and drug issues, and possibly been passed over for a promotion, which resulted in issues with his employers.

Aside from those struggles, however, Melton had been described by those who knew him as a "nice guy," Geier said.

The shooting happened on Melton's day off, said Geier, who would not speculate about a motive.

"From all indications it was fairly spontaneous," Geier said. "I can't get into his mindset."

Officials have not released the names of the victims, two of whom remained in critical condition Tuesday. The other was in stable condition.

On Monday night, dozens of police officers and emergency crews responded to the Ben E. Keith warehouse on the south end of Albuquerque after getting reports of shots fired. They blocked off roads and warned residents in the area to stay in their homes.

After officers found the three victims, they searched the rest of the warehouse but did not find any others or Melton.

Mayor Tim Keller commended the officers, first responders and University of New Mexico Hospital medical staff for their quick work in aiding the victims, while extending his sympathies and vocalizing his support for the three men wounded and their families.

"There are lots of scenarios in which this could have been much, much worse," Keller told reporters.

On Tuesday, a police spokesman said officers were searching a home in southwest Albuquerque as part of their investigation into the shooting.

The shooting comes as Albuquerque works to shake its reputation for having a high crime rate.

City officials said in October that both property and violent crime were trending downward for the first nine months of the year. However, Albuquerque police at the start of the week reported that detectives were busy investigating three homicides that occurred over a four-day period.

This is not the first time Ben E. Keith has been forced to deal with workplace violence. In August, two people were shot and killed at the Ben E. Keith in Missouri City.
EMBED More News Videos

Kristine Peralez was accused of shooting her co-workers, Francisco Reyes and Fedencio Janas.

Peralez was killed during a confrontation with officers.

The victims' families filed a lawsuit against the company, claiming Ben E. Keith had a history of workplace violence.
EMBED More News Videos

ABC13's Steve Campion reports on a lawsuit filed by the widow of the Ben E. Keith Company shooting, citing the facility's history of violence.