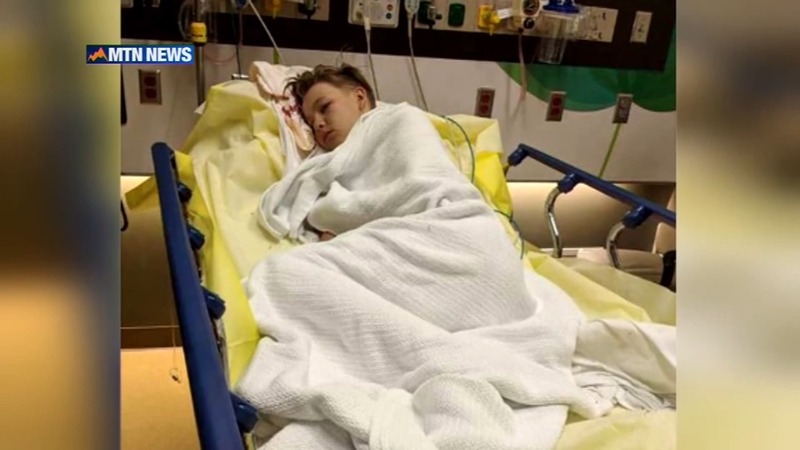 SUPERIOR, Mont. -- A grown man grabbed a 13-year-old and threw him to the ground during the national anthem, according to investigators in Montana.

It happened Saturday at the Mineral County Fairgrounds.

Megan Keeler said she received a call that her son was headed to the hospital just minutes after she dropped him off at the fairgrounds.

"All of a sudden, dude come up and grabbed him by his neck, picked him up and threw him to the ground head first," Keeler said.

Witnesses told Keeler and investigators that Curt Brockway attacked the teen moments after he walked into the Rodeo Arena.

After slamming the teen to the ground, Brockway told witnesses that he did it because the boy was disrespecting the U.S. flag by not removing his hat during the national anthem.

"All the witnesses I have talked to said this was completely random," Keeler said. "There was no exchange, nothing! He targeted Wally and took him down."

Emergency responders flew the injured teen to the hospital. He suffered skull fractures and bled from his ear for nearly six hours.

He later returned home from the hospital to continue on his road to recovery.

Brockway was arrested and released from jail without posting any bond.