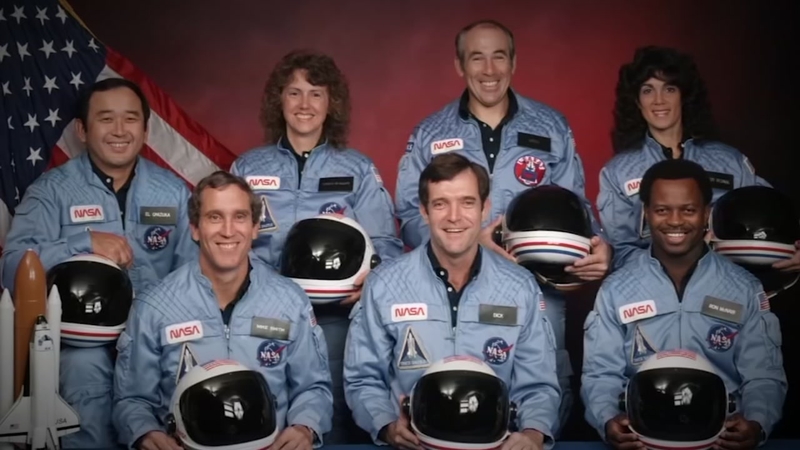 On Jan. 28, 1986, seven astronauts were killed when the Challenger space shuttle exploded shortly after launch. Decades later, it remains a solemn anniversary for the space community.

The shuttle took off just before noon from the Kennedy Space Center near Cape Canaveral, Florida. Americans watched from the ground below and on televisions around the country. Many of them were schoolchildren, who had high interest in the launch because of McAuliffe.

After launch, a booster engine broke apart, according to NASA. Just 73 seconds into the flight, the space shuttle exploded in midair, breaking apart.

It has been a subject of dispute whether all seven astronauts died from the explosion or whether some of them may have been alive until they fell to the ground. It was the first time NASA lost an astronaut during a flight.
That night, President Ronald Reagan addressed the American people. After expressing condolences to the families of those killed, he reflected on the country's space exploration.

"We've grown used to the idea of space, and perhaps we forget that we've only just begun. We're still pioneers. They, the members of the Challenger crew, were pioneers," he said.

He continued to address the schoolchildren who had been watching, telling them that tragedy is sometimes part of the process of expanding our horizons.

"The future doesn't belong to the faint-hearted. It belongs to the brave," he said. "The Challenger crew was pulling us into the future, and we'll continue to follow them."

NASA observes a Day of Remembrance on Jan. 28 for more than one somber anniversary. It also remembers those who died in the Apollo 1 and Columbia accidents. The Apollo 1 fire that killed three was on Jan. 27, 1967, while the Columbia explosion that killed seven happened on Feb. 1, 2003.