'Shoot me, shoot me': Naked man shocked with stun gun after running at police 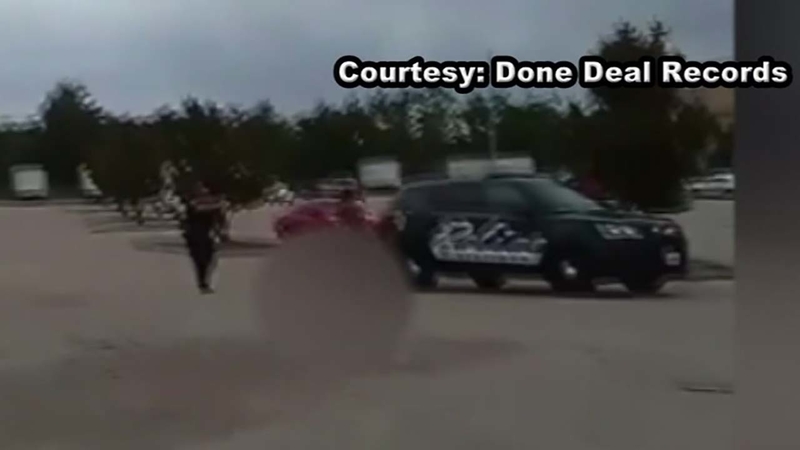 Naked man runs down Stafford street trying to get into cars

STAFFORD, Texas (KTRK) -- It took multiple officers and three jolts from a stun gun to subdue a naked man walking around a parking lot in Stafford.

Houston hip-hop artist Candyman saw the whole thing and recorded every minute of it.

"You don't see this everyday," he said.

The video shows the naked man walking around the parking lot and checking the doors of several cars.

"He started coming toward us and I said, 'Awe man, he is naked,'" said Candyman.

He watched as the man tried to open the doors of at least three cars at the intersection.

"He goes to this car and starts shaking the car trying to open the door and at that time, I was like 'Nah, I'm not going to let this happen, not today'," Candyman said.

Officers arrived immediately after. Stafford police said they stopped the man in a parking lot and told him to stop and get down. He did not comply, police said.

"He started walking toward the cops saying 'Shoot me! Shoot me!' And that's when he lunged at them and started running towards them," added Candyman.

After he lunged at an officer, the officer shocked him with the stun gun.

Police took him to the hospital for a mental and physical evaluation.

"I commend the cops for doing the right thing. They handled it professionally," said Candyman.