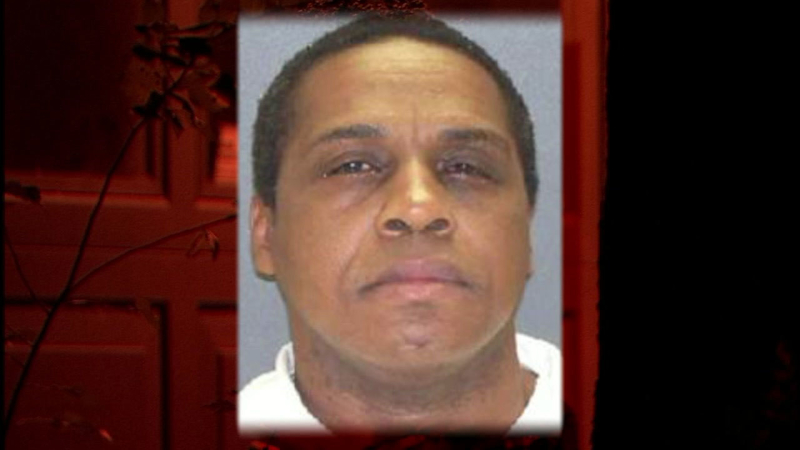 HOUSTON (KTRK) -- Residents in a northeast Harris county neighborhood are concerned a convicted killer who's out on parole has moved into a vacant home illegally.

The house at the center of the dispute is on Kirkaldy in the Woodforest neighborhood. With the longtime owners and their immediate heirs deceased, it has sat vacant. Neighbors noticed a shocking change last week.

"I saw the porch light on and the security light and I thought, 'What is going on?'" said Shirley who didn't want to give her last name.

Several neighbors have met a new resident and they identify him a Darryl Ian Griffin, 51. Eyewitness News has learned he is a convicted killer, out on parole, after spending 20 years in prison.

"That makes me a little nervous," said another resident who wishes to remain anonymous.

Both neighbors and the homeowners association believe he and a female companion are living at the home illegally.

"These people are stealing this, " she added.

The deceased original owner is still listed as the current owner in online property records. Her granddaughter confirms there has been no agreement with anyone else A family friend says they are livid about the situation.

A Harris County sheriff's deputy questioned Griffin's female companion and the homeowners association says she produced an affidavit of adverse possession, essentially a takeover of property just by occupying it.

"The Board will meet next week in emergency executive session to consider legal options and expects to immediately proceed with legal action in the case," Austin Barsalou, the attorney for the homeowners association told Eyewitness News.

Many in the neighborhood have lived there for decades, paying on mortgages for years. They certainly don't want a convicted killer to get a shortcut.

"I think they should be moved. Either get it legally or get out."

Eyewitness News was not able to reach Griffin or his female companion. No one was home Friday. Neighbors have called the Harris County Sheriff's Office and the Parole Division to report what's happening.