'WORST OF THE WORST': 11 members of MS-13 charged in connection with 5 Houston murders 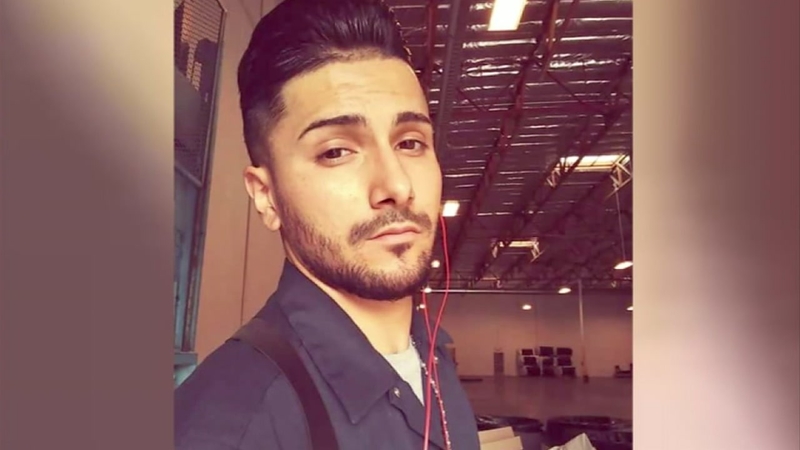 HOUSTON, Texas (KTRK) -- Johnny Paramo Torres was visiting Houston last month when his brother says he looked at the wrong person the wrong way while getting takeout.

When he walked outside, Paramo Torres was shot in the face.

The 25-year-old's murder was rare, according to police. He was an innocent victim of MS-13 gang violence. His death was one of five cases linked to 11 documented MS-13 gang members now charged.

Ten people are in custody after an operation targeting the violent gang. HPD Chief Art Acevedo announced the arrests in a multi-agency news conference Tuesday.

"The people you see in front of you are the worst of the worst," said Acevedo, in reference to the almost dozen mug shots hanging next to him.

Most of the victims in the cases were also MS-13 members, but suspected of disloyalty.

Victor Castro Martinez was hacked to death with a machete, court records say.

Eyewitness News was the first to report his connection to police. He was cooperating with them and had a HPD recording device in his pocket. Also, he had texted an officer minutes before he was killed in Cullinan Park.

"I'm not going to talk more about that, but at some point we will," Acevedo said.

MS-13's numbers are relatively small: 500 in the Houston area out of 20,000 documented gang members. It's their transnational reach and their brutality that sets them apart, according to the FBI's Mark Sabol, who leads a multi-agency gang task force.

"If you're an MS-13 gang member, you have killed at least one or two people before and in El Salvador, it's up to five people," Sabol, a Supervisory Special Agent, said.

Sabol says members are recruited as young as 8 years old.

Innocent victims, like Paramo Torres are rare, and unlike other gangs, there is no leaving MS-13, if you want to live.

"That's where we see some of these really brutal homicides in Houston. Someone has been accused of being an informant for the police or law enforcement or being accused of cooperating with a rival gang," said Sabol. "And that's where the extreme brutality comes in when they dismember somebody with machetes or behead them."