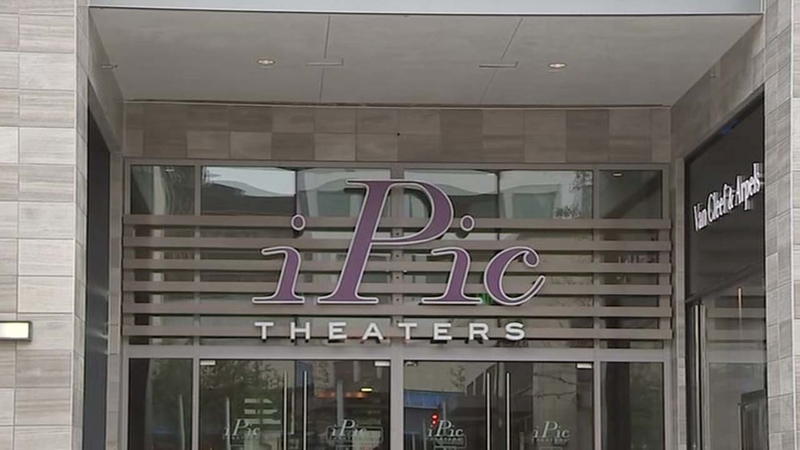 HOUSTON (KTRK) -- The latest Hunger Games movie will not be screening at the biggest theater inside the loop, Edwards Greenway, as part of a movie theater turf war.

Edwards Greenway is now involved in a lawsuit with the newest theater in the loop, iPic.

"As a consumer, you should have a right to pick and choose where you go and see a movie," said iPic's CEO, Hamid Hashemi.

iPic is suing both Regal and AMC, claiming the big companies are using their influence to drive them out of business.

The lawsuit alleges Regal and AMC have threatened movie studios with a boycott.

Basically: show movies only at their theaters, or the theaters won't play them at all.

"We opened November 6th with only three pictures," Hashemi explained. "And we have eight screens. It's like a store - you open a store and only a third of your store shelves are filled with product."

iPic claims Edwards Greenway is now trying to bully movie studios by refusing to show Mockingjay Part 2 or the new James Bond movie, Spectre, because they're both playing at iPic.

"We only have eighty seats," Hashemi said. "If we have Hunger Games on a Friday night, there are a lot more than 80 people who want to go see that movie."

Regal didn't respond to Eyewitness News' requests for comment, but, in a statement, AMC officials said, "Allocated film zones are a longstanding, well-established industry practice. They have demonstrated benefit to all stakeholders - moviegoers, studios and exhibitors."

A trial is expected to begin in a few weeks.

Related topics:
houstonmoviesmoviemovie theater
Copyright © 2021 KTRK-TV. All Rights Reserved.
TOP STORIES
Arrest made in case of Alvin abduction, sexual assault of a minor
20-year-old shot to death during break-in of Conroe home, police say
Man accused of dismembering mom's body after murder appears in court
Houston Astros on pace for record beer year
Astros Game 6 guide: Closures around Minute Maid Park back on tonight
JJ Watt on Texans: 'It hurts me to see where' fan base is now
Don't get stuck in these traffic closures this weekend
Show More
Warrant: Baldwin didn't know weapon contained live round
Prop guns: What they are and how they can kill
4 teens accused of luring victim to his death in SE Houston
SkyEye13 captures video of Bay City funeral home destroyed in fire
Peter Scolari, 'Bosom Buddies' and 'Newhart' star, dies at 66
More TOP STORIES News