Motorcyclist killed after hitting vehicle and being thrown from bike on East Freeway, sheriff says 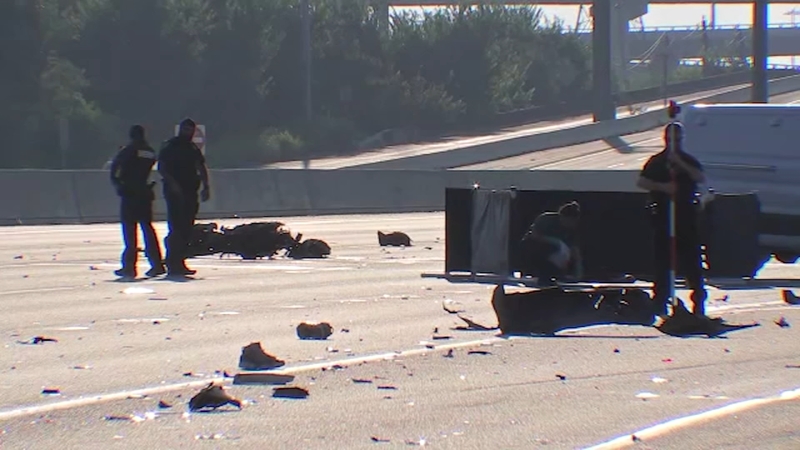 HOUSTON, Texas (KTRK) -- A motorcycle driver was killed in a crash on the East Freeway early Sunday morning.

Authorities say the man, identified as Christopher Favela, was riding his sports motorcycle in the eastbound lanes at about 5:45 a.m.

Another driver, identified by officials as Stephanie Franco, was heading in the same direction on the freeway.

According to the Harris County Sheriff's Office, Favela was speeding and weaving through traffic before he crashed into the back of Franco's car.

The impact threw Favela, who was not wearing a helmet, from his bike.

He died at the scene.

Franco was not injured.

The freeway was shut down for a couple of hours. It reopened shortly before 9 a.m.