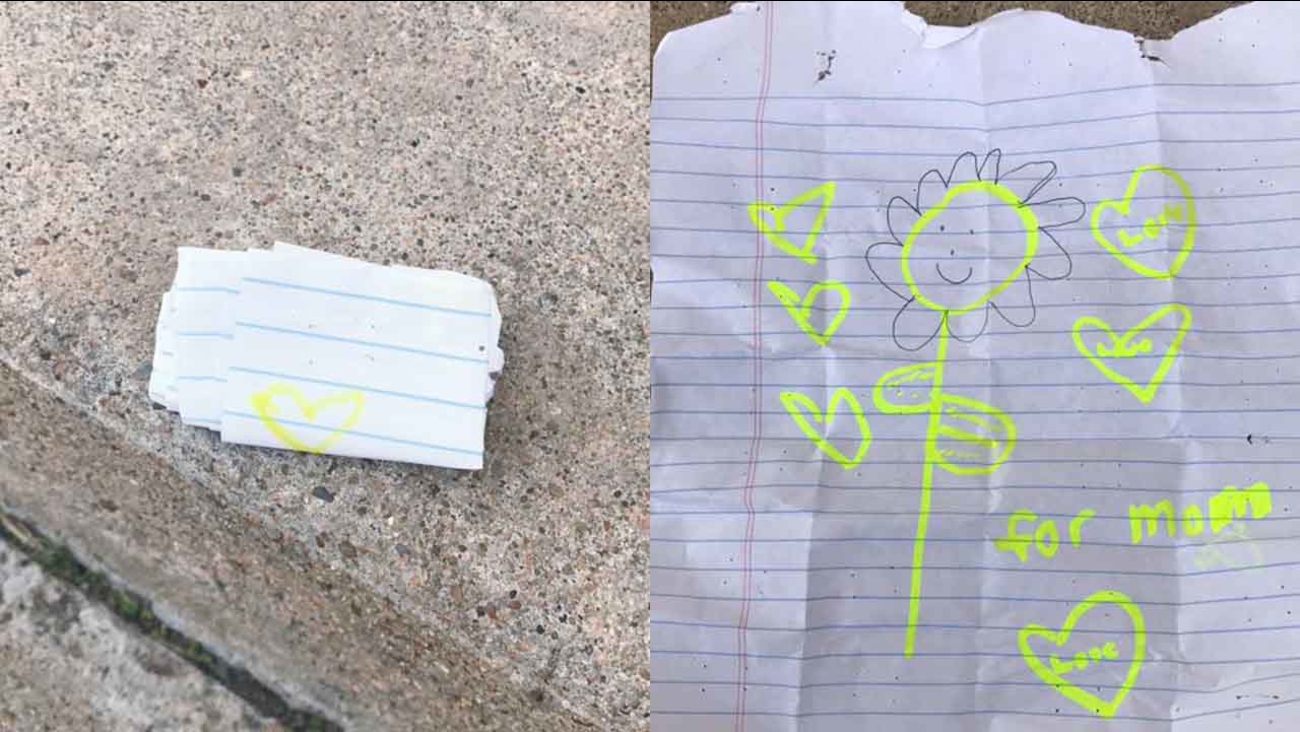 ALVIN, Texas (KTRK) -- A little girl created the perfect Mother's Day gift - a flower drawing with the words "For mom: love, love, love" decorated in hearts. She folded her letter and stapled it shut, but then she lost it.

For most people, that would be the end of this story, but this story has a different outcome: James Carrell, found the letter.

He had just gotten off the phone with his mother when he saw the white paper on the ground outside of M&M Hardware in Manvel.

"I knew it was a note," said Carrell. "I opened it up and saw the hearts and flowers. It really touched me."

Carrell said he thought the letter would "brighten someone's day" and maybe he would find the owner, so he posted it in the Talk of Alvin Facebook group. The message touched a lot of people, including one man in particular.

"I was sitting at my friend's house and saw a man responded,"said Carrell.

His Facebook comments featured a message from Roberto Alvarado. He wrote, "I can't believe you (found) my baby's letter."

Carrell reached out to Alvarado to return the letter. It took a few days, but the men finally met on Thursday night, one day after Alvarado's daughter Natalie celebrated her seventh birthday.

We often forget the power of little things, but for this family from Alvin, Carrell's small act left a lasting impression.

"Finally the letter made it home," said Alvarado. "Thank you, James Carrell. (We) appreciate what you did. God bless you thank you again."


Report a typo to the ABC13.com digital staff