2 moms in anti-violence group shot, killed while working as peacekeepers in Chicago 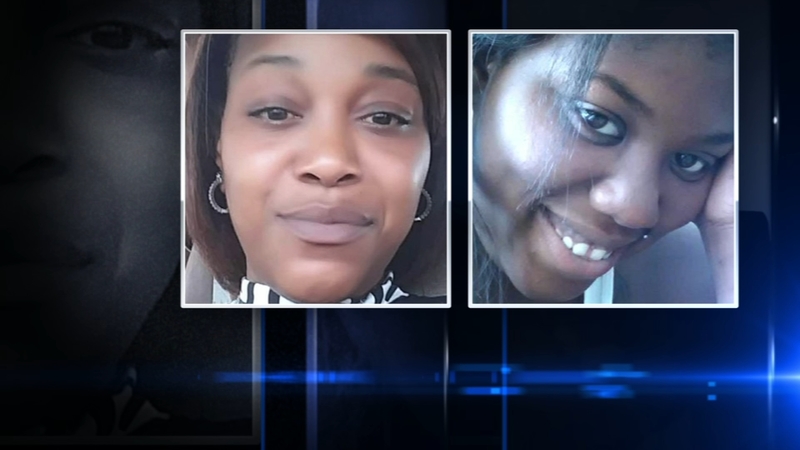 2 moms in anti-violence group shot, killed while working as peacekeepers on Englewood corner

CHICAGO, Illinois -- Two women who worked as peacekeepers on Chicago's South Side were shot and killed in the neighborhood they worked to protect.

Chantell Grant, 26, and Andrea Stoudemire, 36, were both mothers of four children who worked with other moms to stem violence in the Englewood neighborhood.

Both women were hit by gunfire at the corner of W. 75th Street and S. Stewart Ave. that is often occupied by members of the group Mothers Against Senseless Killings.

"It is sacred ground, as far as we're concerned," said Maria Pike, MASK member. "This was a haven that was built by moms."

Four years ago, members of the group vowed to take back the corner and keep it safe for women and children after another murder there. They patrolled it every day for the entire summer, hosting barbecues in the evening. The group hoped their constant presence at the corner would help break the cycle of violence.

"It is personal because any kind of violence regardless of whether you are the affected, or you are the offender, is wrong," Pike said.

Unfortunately, that was not the case Friday night. Police said they responded to a call and found both women down on the sidewalk after a blue SUV drove up and opened fire around 10 p.m.

Neighbors said the two victims lived in the neighborhood and were doing their best to raise their children safely in a place where violence is often commonplace.

"The lack of humanity is shocking," said Pike.

A 58-year-old man also suffered a graze wound in the shooting. He did not want to share his name publicly, but spoke to ABC 7 Chicago off-camera. He said that despite living in the neighborhood for years, he is scared.

An investigation by Chicago police Area South detectives is ongoing, but at this point they have no motive and no one in custody.
Report a correction or typo
Related topics:
illinoischicago shootingchicago violenceu.s. & worldchicago police department
Copyright © 2022 WLS-TV. All Rights Reserved.
TOP STORIES
'It was like a mad dash:' Clear Creek ISD senior set to graduate
Man dead after being shot during road rage incident, HCSO says
CDC recommends wearing masks indoors, ahead of Memorial Day weekend
Scattered storms move in tonight ahead of front
Murder suspect dead after found unresponsive in cell, sheriff says
Astros fan from Spring celebrates 95th birthday with favorite team
Child hospitalized after found 'unresponsive' at Splashtown
Show More
Runner dies after collapsing at finish line of Brooklyn Half Marathon
Global K-pop sensation Seventeen kicks it in Houston in new tour
'NFTs: Enter the Metaverse' | Trailer
Authorities search ends for man with felony warrant out for his arrest
Early Voting holds off Epicenter to win Preakness Stakes
More TOP STORIES News